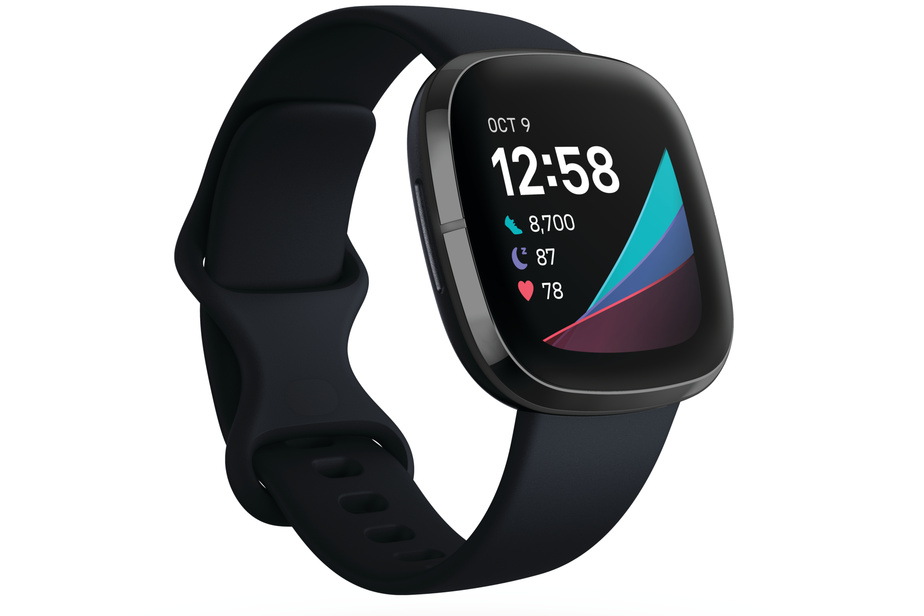 For physical activity tracking, the Fitbit is unbeatable. But with the Sense we take it a step further by stuffing it with sensors that enable it to measure five vital signs. And it even shrugs off Apple and Samsung as a smartwatch, but doesn't suit them.

Nobody wants to configure their watch for a long time to measure their physical activity, Fitbit has had it for a long time. It's always the same recipe with the all-new Sense: just wear it and it detects what sport you are doing, whether you're sleeping or running, and measures the calories burned.

And to make it clear to us that we are clearly not exercising enough in this age of telecommuting and COVID-19. Surprising how many times in recent weeks a Fitbit has pushed us to a little walk to reach 10,000 steps during the day or to get up at least once every hour.

It takes only 15 minutes – a time that can be programmed – to detect which of the 20 listed physical activities, from martial arts to tennis to walking and swimming, is being practiced. Obviously, we didn't try them all, but the Sense recognized jogging and cycling perfectly, displaying time per mile in the first case and speed in the second.

All you have to do is wear the Fitbit Sense without a long setup, so it can detect the sport you are doing, sleep or run, and measure calories spent.

But there is more. This watch devil can now measure a range of vital signs that indicate your overall health. So we have blood oxygenation, skin temperature, respiratory rate during sleep, electrical resistance, variability and resting heart rate. All this is collected in the Health Indicators tab and helps to detect abnormalities.

By collecting this data with a small questionnaire, the Sense will also portray your stress and, if you are too nervous, offer sessions of rest and meditation.

It is clearly recommended that you keep it asleep for better calibration, and it will reward you by showing you whether you had a hard or too short night. She rates your night's sleep on a scale of 100, clearly placing a premium on the duration rather than the regularity of sleep. We thus achieved scores from 77 (fair) to 91 (excellent), despite a fairly difficult night in the latter case.

The watch scores your sleep on a scale of 100, clearly assigning a premium to the duration of sleep rather than the regularity of sleep.

Now let's talk about the side of it. smartwatch, which represents undeniable progress for Fitbit in this area. We have a few useful apps, such as timers, appointment view, weather forecast and music controls on Spotify. In theory, you can also pay at the till, but our banking institution is not shortlisted by Fitbit partners.

Probably the most useful feature is to have all phone notifications, text messages, incoming calls, door visitor appear on the watch if you have a smart doorbell.

You can call Alexa or the Google Assistant to ask them any questions that come to mind or control home automation devices.

The battery lasts about five days and it takes 40 minutes to go from 0% to 100%. You can leave the screen on all the time, but the battery life drops to two days.

We repeat ourselves, but we have never managed to get into the habit of sleeping with a watch on, and the Sense is even more disturbing than a standard band because it is bulkier.

After two weeks of testing, we can never be sure if the watch was placed upside down. A small button points to the left, but it is so inconspicuous you have to feel to find it.

Now, with its tiny app and watch face store, this device can do a few favors, but it's nothing like an Apple Watch or a Galaxy Watch can do. For example, it is impossible to take a call directly on hold and navigating the submenus is quite laborious.

If you're in the market for a smartwatch, skip your turn, the Fitbit Sense doesn't fit the big names that dominate this market. It's not his specialty.

On the other hand, the Sense is a champion as an activity monitor and for monitoring overall health. The seasoned athlete probably wants a more specialized device, but for the average person, it fulfills its role perfectly. A good buy in this niche, without a doubt.