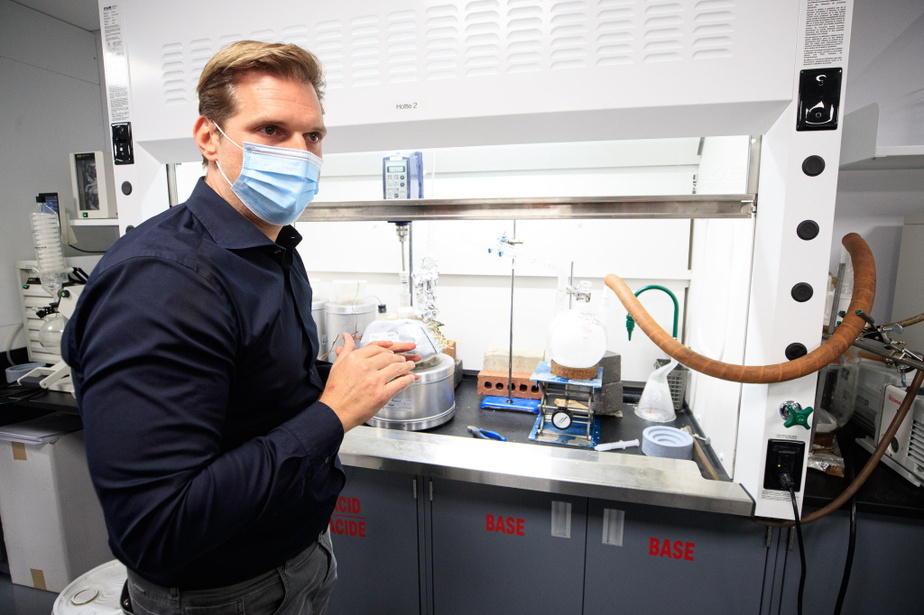 For the first time since the release earlier this week of a highly critical report from a short seller, management at Quebec plastic recycling company Loop Industries responded to most of the allegations on Friday. it contains.

The Hindenburg Research report turned the company upside down, whose shares fell about 35% in two days on the NASDAQ stock exchange, where it is listed. The market capitalization thus fell to approximately 165 million US dollar.

Hindenburg is an activist investor who sold Loop shares shortly before publishing his report, allowing him to profit from a decline in his shares. This is a method frequently used by investors who think they are spotting problematic companies.

See Hindenburg's report: https://hindenburgresearch.com/loop/ouvern19659007 After initially declining to respond directly to Hindenburg's allegations, other than through a brief press release, Loop and its founder Daniel Solomita welcomed representatives on Friday van La Presse at their headquarters in Terrebonne.

The effectiveness of the plastic recycling technology developed by Loop, which is strongly questioned by the Hindenburg report, has been repeatedly validated by partners and corporate investors, Solomita emphasizes.

Loop filed with La Presse two contracts between herself and Pepsi on the one hand and Coca-Cola on the other, filed with the US Securities and Exchange Commission (SEC). While important information is hidden there, these contracts appear to contain prices, volumes and delivery schedules for the recycled feedstock produced by Loop. The two multinationals plan to make bottles of it. Coca-Cola European Partners, which took part in the announcement of its collaboration with Loop in 2018, said it had not yet received 100% recycled plastic from Loop this week. Pepsi did not respond to requests for information from La Presse.

Do you think a customer will sign such a contract without checking the hardware?

Although Hindenburg Research is concerned that the company will never review colleagues in its study, Solomita says he has no reason to do so.

"If you have real technology with potential like us, you don't have to. The customers know, it's them [valident la technologie]."

In September 2018, Loop also signed an agreement with plastics manufacturer Indorama to establish a 50/50 joint venture. This means that Loop will install a production line using its recycling technology to produce raw materials at Indorama's existing plastics plant in Spartanburg, South Carolina.

According to Mr. Solomita, the two companies have so far paid equal amounts, in particular to pay the engineers who drew up the plans. According to the annual report, Loop's payouts on April 30 were $ 1.5 million.

Again, says the businessman, Indorama validated the technology before it was launched. According to the original agreement, production was to start in early 2020. Solomita says now is the time to wait for the borders to reopen before the roughly 20-month work can begin. The partnership could therefore generate revenue, the first in Loop's history, in 2022.

A similar partnership with the European company Suez, recently announced, provides for the construction of a factory in Europe. This could be operational in 2023, calculates Mr. Solomita.

The headquarters in Terrebonne has a "pilot" production line that the company says is perfectly functional. She says she currently uses it to produce nine tons of raw materials to be used with a customer for a promotional event.

The Hindenburg Report also cast doubt on the competence of the person identified as his "chief scientist", Adel Essaddam. The author, the report author is concerned, is in his twenties and has no other work experience. He joined Loop in 2016, immediately after completing an engineering in the transformation of composite materials at Cégep de Saint-Jérôme, according to his LinkedIn profile.

Research "is not based on one person," states Mr. Solomita instead. In a written response that the company plans to release next week, the company will emphasize that 26 of its 61 employees are "highly skilled and trained." Some have doctorates.

As to the fact that the company could be worth nothing once the cash of about $ 48 million has been used up, as Hindenburg fears, Mr. Solomita replies that the company is currently about $ 10 million in cash per day. used up. years and one of his investors has options that allow him to inject up to another $ 45 million. Loop also confirmed that the SEC contacted her to inquire about its technology following the release of the Hindenburg report and its backlash on its market value.

"They'll watch, but we're not too concerned," says Solomita.