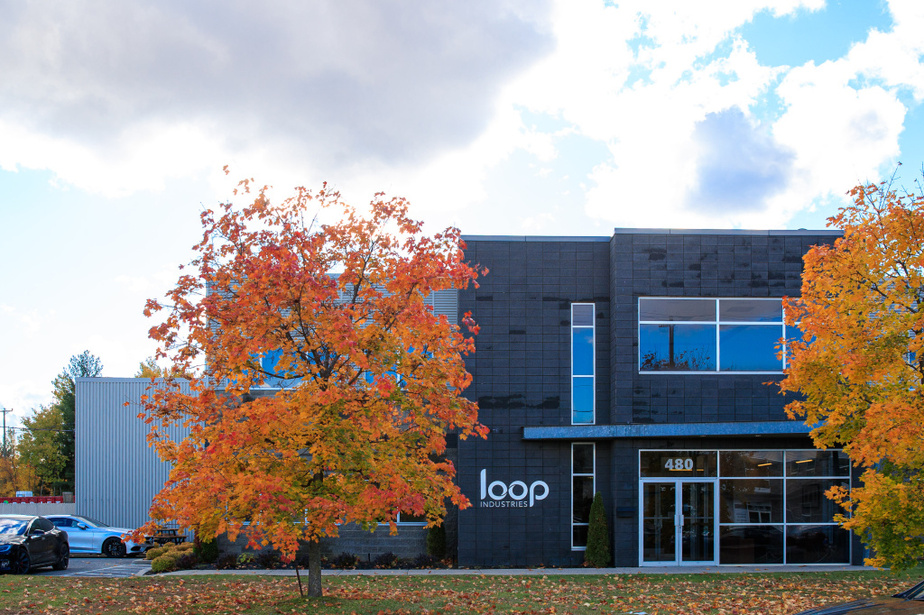 The multinational company Danone confirms that it has received recycled plastic from the company Terrebonne Loop Industries and has started a trial production. Still, water bottle maker Evian has opened an internal investigation following the release of the Hindenburg Research report on Tuesday, disputing the effectiveness of Loop's technology.

Since 2018, Loop has announced it has entered into agreements with Coca-Cola European Partners, PepsiCo, L & # 39; Oréal International and Danone.

Danone wrote to La Presse that it partnered with Loop, as well as other recycled material suppliers, to meet the recycled packaging targets for 2025. technical feasibility of using Loop plastic, we have launched a small pilot production of recycled plastic bottles supplied by Loop Industries, ”said Danone. The company says it will conduct "an internal investigation and necessary controls" on the "results of the Hindenburg Research report."

Hindenburg claims, among other things, that Loop's technology is not producing conclusive results and that Loop's partnerships are "meaningless".

In a statement, Loop denied the claims, calling them "baseless, false, or based on the first iteration of our technology." Company representatives were not available for interviews on Thursday.

Coca-Cola European Partners told La Presse that it had not yet received plastic from Loop's patented technology.

Loop stock rose 1% on Thursday and closed at $ 7.63 on the NASDAQ. However, the stock has lost about 35% of its value since the publication of Hindenburg Research's allegations earlier this week. Hindenburg had bet on a drop in Loop's title before releasing his report.

The Autorité des marchés financiers (AMF) is following with interest the situation, which has given rise to a series of collective actions, including at least one in Quebec, on behalf of investors. “The AMF plans to investigate the information that has been spread across Loop Industries in recent hours. We will not make any further comments, ”said spokesman Sylvain Théberge. It was not possible to get a response from the Securities and Exchange Commission, the AMF's American counterpart.

According to the Loop company, recycling technology is revolutionary, resulting in perfectly pure basic components to make recycled plastic. Although the Hindenburg report states that the company is just a smokescreen, the opinion of the experts consulted by La Presse is not that strong.

The company uses a chemical process that breaks down plastic waste into simpler molecules before transforming it into new recycled plastic. "It allows them to have materials sterilized, which means they can remanufacture molded articles that will be used in a food context," said Marc Olivier, professor and researcher at the Center for Technology Transfer in Industrial Ecology. The chemical process also removes impurities, especially odors and colors, adds Normand Gadoury, director of market development and sorting technologies at Eco Entreprises Québec.

To produce this recycled plastic, the company first receives plastic waste of all types, shapes and colors. However, difficulties may arise at this stage, according to a person previously employed by Loop who contributed to the Hindenburg report, but who does not want to be named because she is bound by a nondisclosure agreement.

One of the first things to do is to ensure that the raw material does not contain wood, labels, paper or cardboard. We have already received samples with stone, so it is quite mixed as material.

After this sorting, the company will only keep products designed with plastic. PET type, used almost everywhere from water bottles to clothing.

This sorted plastic is then mixed with various reagents. As a result of this reaction, two products are obtained: dimethyl terephthalate (DMT) and monoethylene glycol (MEG). The two products react together to form PET, the new recycled plastic. This process does not require energy consumption to perform the reaction. The chemicals used are also inexpensive, although some reagents are flammable and toxic.

It's a matter of purity

According to Loop, the two components used to make recycled plastic, DMT and MEG, are completely pure. However, according to the Hindenburg report, the company's base chemicals are not "industrially clean."

"What seems to emerge in the report is that there were results that were less interesting than what could have been obtained in the laboratory. In my opinion, it is normal for inferior results to be achieved in the development of a process. "Says Gadoury.

If the purity of plastic is not high enough, subsequent applications will not be the same, explains professor and researcher Marc Olivier.

" When talking about a product for consumption such as a bottle of water , then it needs an extremely high purity, we are talking about 99.8%, because there should be nothing in the plastic that it is released over time by heat, for example, ”says our source who worked at Loop. She says while working for the company, the purity of the components varied widely. If the purity is too low, the recycled plastic is used for items with less added value, such as rugs or park benches.

According to Normand Gadoury, Loop is still on the right track. "They may not have gotten this far to be on an industrial scale, but it's a long and difficult process to get there," he concludes.

How a small makeshift lab turned into a half billion dollar US company at the beginning of the week.

Hatem Essaddam, a Tunisian chemist, arrives in Quebec with his wife and two teenage sons, aged 15 and 17, in the wake of the Arab Spring. "When we were little we were interested in chemistry! Before we had Lego to play with, we had molecular models," said Adel, one of two sons, in an article in Le Devoir on April 20, 2019.

Entrepreneur Daniel Solomita and Hatem Essaddam meet. They are building a lab in a West Island garage with products purchased from the local hardware store, according to what Mr. Solomita told The Canadian Press in 2019. “My career as an environmental entrepreneur really started as a nylon 66 recycler,” Solomita told Forbes in July 2018, who wanted to know how he developed the technology behind Loop. “I've spent years in the field recovering, cleaning up and help to bring this material back to the market. "

Hatem Essaddam succeeds in making new PET plastic from plastic waste. The technology is patented. Loop Industries is founded and opens its pilot plant in Terrebonne.

Hatem Essaddam's two sons, Adel and Fares, join the company as researchers. The first studied in the transformation of composite materials at Cégep de Saint-Jérôme, the second in biochemistry at the University of Ottawa.

“Mr. Solomita recalls the reaction of the main financier of Indorama (a Thai company and one of the largest plastic manufacturers), when the duo introduced him to their new technology: & # 39; He said to me: If what you say is true, you deserve a Nobel Prize! "" – From an article in The Canadian Press, April 14, 2019

"… Evian quickly realized the potential. The research and development team moved to the Loop Industries facility and spent 20 months conducting rigorous tests that proved not only the science of the Loop Industries method, but also its commercial feasibility. ”From an Evian infomercial published in National Geographic on June 13, 2018

Loop enters into a supply agreement with Danone and cosmetics manufacturer L'Occitane. The company will receive a loan of 4.6 million from the Quebec government. "The help we are giving the company is to accelerate its technological development," Economy Minister Pierre Fitzgibbon told TVA on September 9, 2019. The ultimate goal is to have a factory here in Quebec. "" Danone's engineers tested in Terrebonne for 18 months. They even imported waste from France to ensure our technology met their expectations for quality, & # 39; & # 39 ;, Daniel Solomita told Les Affaires newspaper on September 10, 2020.

Loop enters into a supply agreement with L & # 39; Oréal International. In September, it also joined the French multinational company Suez to build a factory in Europe, scheduled for commissioning in 2023.