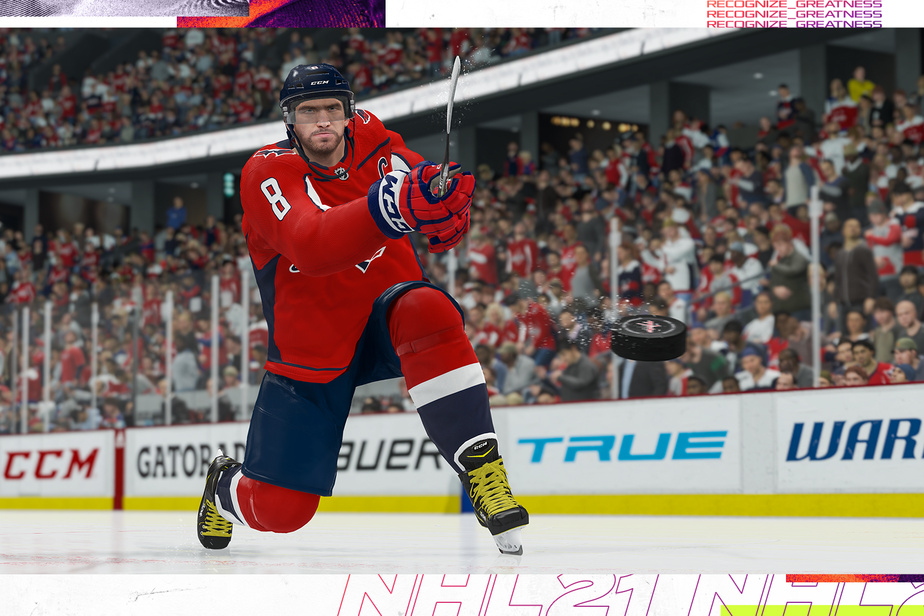 Let's call and forget about matches without an audience. This year, NHL 21 didn't need major innovations to give hockey and video game fans guilty pleasure: it's enough to enable the virtual world to do what is now impossible in a pandemic era.

There are quite a few new things in the new edition of the venerable NHL franchise, launched in 1993 and developed by EA Sports' Vancouver studio, available next Friday. But these are mostly technical improvements that make players more realistic, with a greater arsenal of typical feints and gestures, and significantly improved artificial intelligence.

All this to the shouting of the virtual crowd, with surprisingly relevant comments from the two analysts, giving an atmosphere far from the poor real games of the last Stanley Cup series.

NHL 21 benefits from a number of technical enhancements that make players more realistic, with a wider arsenal of typical feints and gestures, and significantly improved artificial intelligence.

We've also added seven new feints to the long list of keyboard shortcuts. In all fairness, we couldn't master them all because the combinations are so precise and need to be done in perfect sync. With the L1 then R2 button, presto, your player makes a pass to himself and bounces off the back of the net. Do you dream of counting by putting your puck on your stick and sliding it behind the goalkeeper's back, what we call "Michigan"? It is now available if you manage to properly combine your correct controller and the L1 button. We did it once, a spectacular achievement.

While holding down the L1 button, try the terrible feint popularized by attacker Nikita Kucherov. It consists of slipping the puck between the goalkeeper's pads while pretending to dribble the puck. We never did this.

From the start, you have a choice of 12 game modes, the same ones that NHL fans already know. The classics, without flafla, are the direct matches and the full season. This is still our favorite way to get in the game, with last spring's rosters changeable with trades. For beginners, there is always access to a training camp where you can refresh your memory to learn how to combine the eight keys and the two joysticks of your controller.

A nice surprise awaits us in the Go Pro Career mode, which EA announces has been updated. This is actually the closest thing to an RPG in hockey mode. You must first build your own player from about fifteen proposed models, which you will then develop into one of three minor leagues on offer, including the Quebec Major Junior Hockey League. Unlike other modes, in matches, just like in real life, you only control one player and you have to wait for the coach to send you on the ice or a teammate to pass you to see action. action.

In Career Mode, you must answer certain questions from your agent, reporters or coach that will determine whether you are a team player or an egocentric star.

Your performance affects the perception that the audience, players and management have of you, helping you position yourself better for the design in the National League. But there's more: There are questions to answer from your agent, reporters, or coach that will determine whether you are a team player or a self-centered star. This aspect is quite interesting and opens the door to many future possibilities.

The other mode that has been upgraded is Hockey Ultimate Team (HUT), which allows you to build your dream team with current players and legends and send them online against other opponents. Of course, since EA's servers were down for reviews, we couldn't complete the test. This year we've added a new mode, HUT RUSH, that allows you to get a taste of this mode without having to build a whole team yourself.

For pre-order NHL 21 buyers, a retro game, NHL 94 Rewind, is also being announced for October 30, which uses the pixelated graphics of the famous original game featuring current players.

A retro version, NHL 94 Rewind, which uses the pixel art of the famous original game with current players, will be available October 30.

The verdict: Still good this year, although this is a long way from the hundreds of improvements EA Sports usually announces for its NHL franchise. The small details that have been added improve the quality, speed and intelligence of the game, and the Career Mode is now fun even off the ice. Obviously, it is easy for the newcomer or even the one who has left their console for a few months to get lost in this ocean of combinations, buttons and different modes. You can choose simplified modes, lose some of the intricacies of the game, or practice for a few hours.

It's still for a good cause.

Tried on PS4, with one supplied by EA Sports