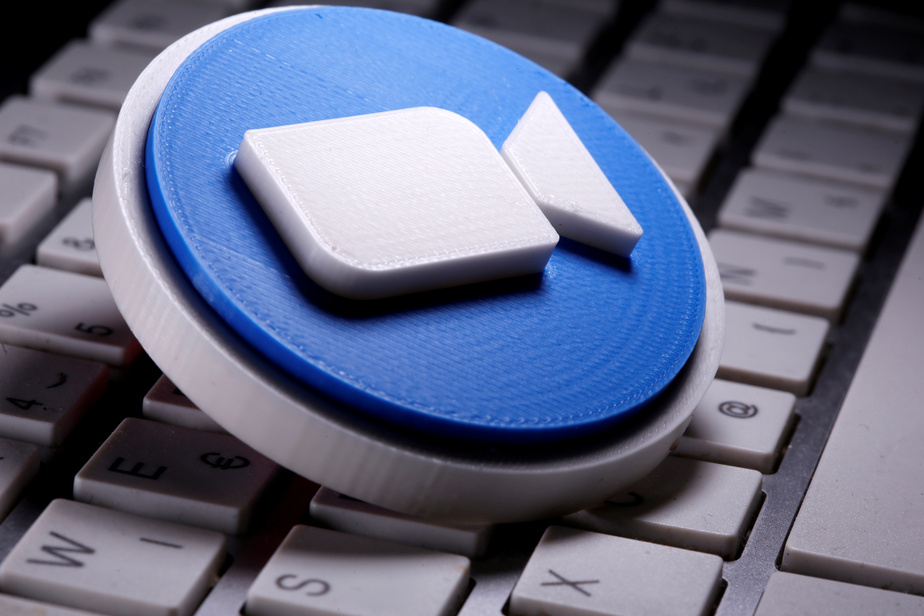 (New York) The Zoom video conferencing application, the popularity of which skyrocketed in 2020 thanks to lockdowns, on Wednesday announced the launch of a new service that allows the organizer of an event to charge participants, either as compensation or to make donations.

Launched at the occasion of Zoomtopia, the company's annual conference online Wednesday and Thursday, this new platform aims to help paying Zoom users "grow their business and their business, reach new audiences and give back ”thanks to the ability to donate directly, according to a press release.

With this new service, called OnZoom, subscribers to applications that organize events via video conferencing can give their audience free or paid tickets to attend, the ability to forward revenue to charity organizations.

During the initial launch period, Zoom will not charge any commission on sales of virtual tickets.

Any event, be it a yoga class, concert or comedy show , is limited to 1000 participants, but it is possible to activate the live broadcast for a wider audience.

OnZoom is current l Available in public beta to Zoom customers in the United States, but expected to roll out to the rest of the world next year.

Cameo, Dropbox, Kahoot, Salesforce, and even Slack were among the 30 partner applications when Zapps launched.

In addition to the other announcements made at the opening of Zoomtopia, the company presented a "new end-to-end encryption offering" intended to strengthen the security of its platform, as well as an improvement in the tools to enable Zoom- videos. to third party applications. Founded in 2011, Zoom has achieved immense success worldwide in spreading telecommuting as a result of containment measures associated with the coronavirus.

The group ensures that it regularly welcomes more than 300 million participants a day, including “more than 125,000 schools using Zoom for free during the COVID-19 pandemic.

On Wall Street, the stock is up nearly 650% since the beginning of the year.

"The difficult times we are going through have taught us that remote work works," Eric Yuan, Zoom's founder and CEO, said in a statement.

"The future of communications will be a hybrid compilation of physical and virtual best practices," he added.