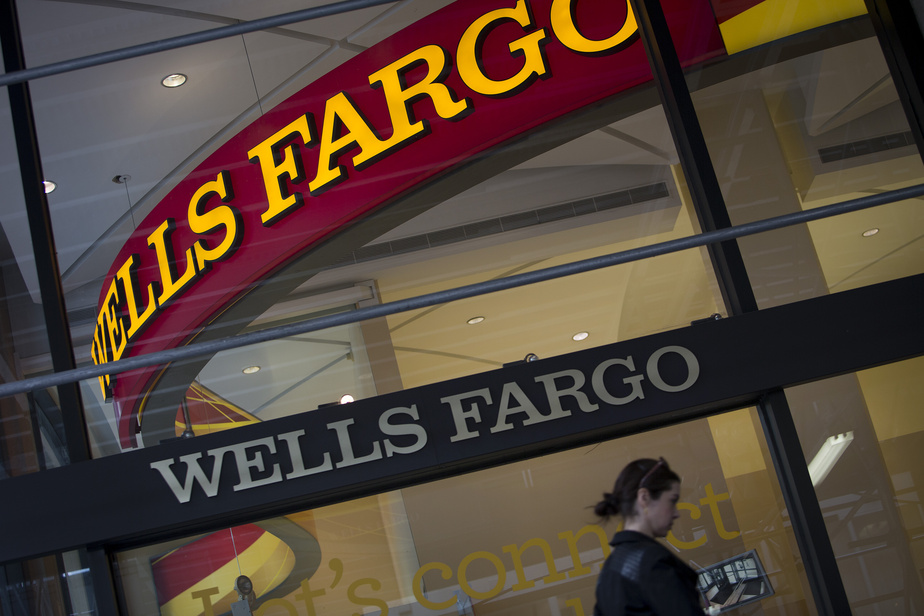 (Washington) Profits at the US bank Wells Fargo, punished by the health crisis and low interest rates, halved in the third quarter compared to 2019, lowering analysts' forecasts.

Wells Fargo posted a net profit of $ 2 billion from $ 4.6 billion a year earlier, but outperformed the $ 2.4 billion loss in the second quarter when the coronavirus pandemic paralyzed the economy.

"Our results reflect both the impact of aggressive monetary policy and fiscal support on the US economy," said Charlie Scharf, CEO of the country's fourth-largest bank by assets.

"Historically low interest rates have diminished our gains from interest (interest activity)," the director added in a statement.

Indeed, the revenues the bank earns from the interest rates on its loans have fallen by $ 512 million to represent just under half of its total sales to 9.4 billion out of 18.8. billion, again disappointing market expectations.

The monetary environment, with interest rates close to zero, set by the US central bank (Fed) to support the economy, makes lending cheaper for consumers, but less profitable for banks.

Wells Fargo, whose core business is financing the real economy through loans to households and SMEs, continued to suffer from the decline in the volume of business loans, while the COVID-19 epidemic is slowing down the reopening of the economy.

These commercial loans are down $ 31 billion from the previous quarter.

In contrast, the volume of consumer loans increased (+ $ 16 billion), mainly thanks to real estate loans and refinancing.

Deposits, which totaled $ 1.4 trillion, were nonetheless $ 27.5 billion lower than in June.

Account, fund management and debit card fee revenue increased $ 1.5 billion from the previous quarter to a total of $ 9.5 billion.

"In the future, the trajectory of economic recovery is unclear as the negative impact of COVID-19 continues and further budget support is uncertain," Charlie warned. However, Scharf added that the bank remained "strong" thanks to its capital and liquidity levels "above the legal average".

The bank serves 24.4 million individual customers, 0.3% more than last year, through 5,229 branches (-77). About 32 million accounts are accessed online, including 25.9 million via mobile phones.