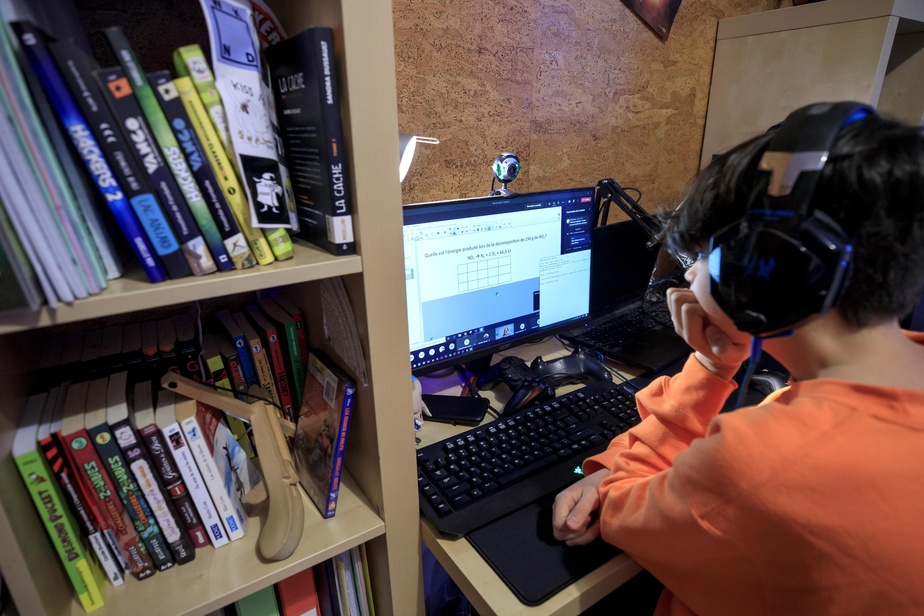 (Ottawa) Canadians have been spending more time on the Internet and spending more money online since the start of the COVID-19 pandemic, according to Statistics Canada.

In a survey conducted last month, the agency found that 44% of Canadians spent more money online on tech items such as computers, laptops and tablets, and 42% more on video streaming services.

The survey shows that 34% of Canadians also spent more on their home Internet connection and mobile phone to maximize the use of this technology.

Analyst Christopher Collins explained that the study sought to document the social consequences of the pandemic. He pointed out that since March, Canadians have been spending more time on social media, messaging services and online video platforms.

The agency found that a total of 41% of Canadians spent more time on social media and messaging, but the percentage varied by age group.

"The younger the age group, the more they report an increase in the use of these online services," said Collins.

As they spent more time on the Internet, Canadians also faced cybersecurity challenges. The agency notes that 42% of respondents said they have been the victim of at least one type of cybersecurity incident since the pandemic began, including phishing attempts, malware, fraud attempts, and accounts. hacked. The agency defines phishing attempts as a specific type of unsolicited email directed at individuals with the aim of defrauding them.

The survey also found that 14% of Canadians reported at least one phishing attempt related to the results of a COVID-19 test, a possible cure for the virus or the Canadian Benefit emergency. In total, 34% had received phishing attempts related to various topics.

A survey conducted by Statistics Canada in 2018 found that 48% of respondents had received a fraudulent message, including phishing attempts, in the previous year.

"I want to emphasize that the resulting results are not exactly comparable," said Collins. “(This is) not only because of a difference in wording, but also because of the (difference in) time that respondents experienced an incident.

A new poll shows that young Canadians have taken extra precautions online. For example, 75% of people between the ages of 15 and 34 said they had more or more use of multifactor authentication, and 47% maintained or increased their purchases of new or additional security software. Only 28% of seniors have done this.

Many Canadians helped others navigate new technologies during the pandemic. The survey found that young Canadians are most likely to help others: nearly two-thirds of people aged 15 and 49 have helped someone with digital technologies.

About 12% of Canadians helped children under the age of 11 use digital technologies, while 23% helped someone over 65.

This article was produced with funding from the Facebook Stock Exchanges and The Canadian Press for News.