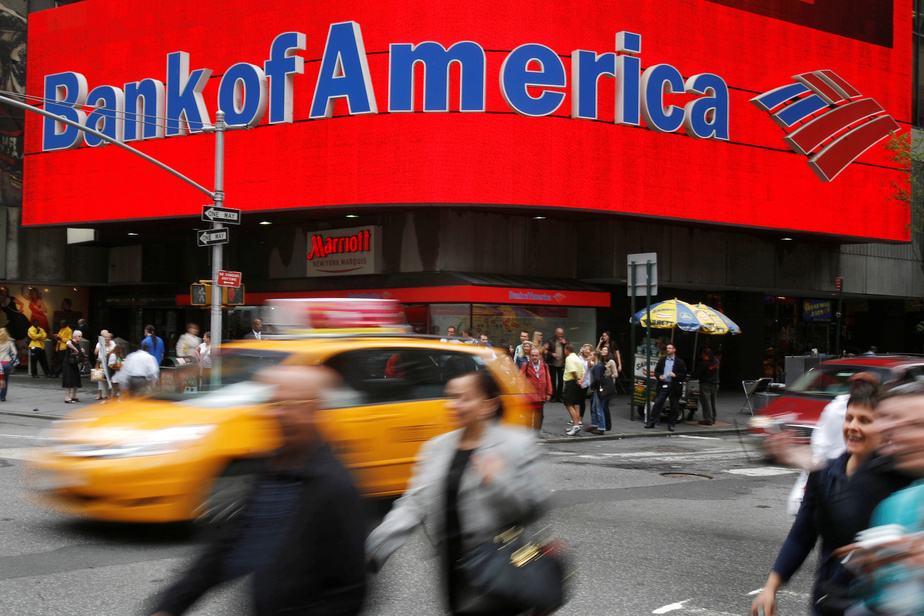 Shares of Bank of America fell 2.3% in electronic trading before the stock market opened.

Net income fell 16% from July to September to $ 4.9 billion, according to a statement. But per share and excluding special items, the benchmark on Wall Street, it stands at 51 cents, more than the 49 cents analysts expect.

Sales are $ 20.33 billion, slightly less than the projected $ 20.81 billion. Income from lending to individuals and companies fell sharply by 17% to 10.1 billion. The fact that the Federal Reserve keeps interest rates close to zero to support the economy reduces the money banks can make by borrowing.

However, the amount of loans provided by the retail bank increased by 5%.

At the same time, customers proved frugal: deposits were up 21%.

The establishment has set aside far less money to cope with a potential cascade of unpaid debts from customers affected by the coronavirus pandemic than in the previous quarter: it provided $ 1.4 billion. for this purpose, against 5.1 billion in the second quarter.

Stock, bond, currency and commodity brokerage revenues increased by 4% over the period, benefiting from the ongoing recovery in financial markets after strong shocks in the wake of the pandemic in spring.

This progress is much less significant than for the JPMorgan Chase and Citigroup banks, which published their results the day before.