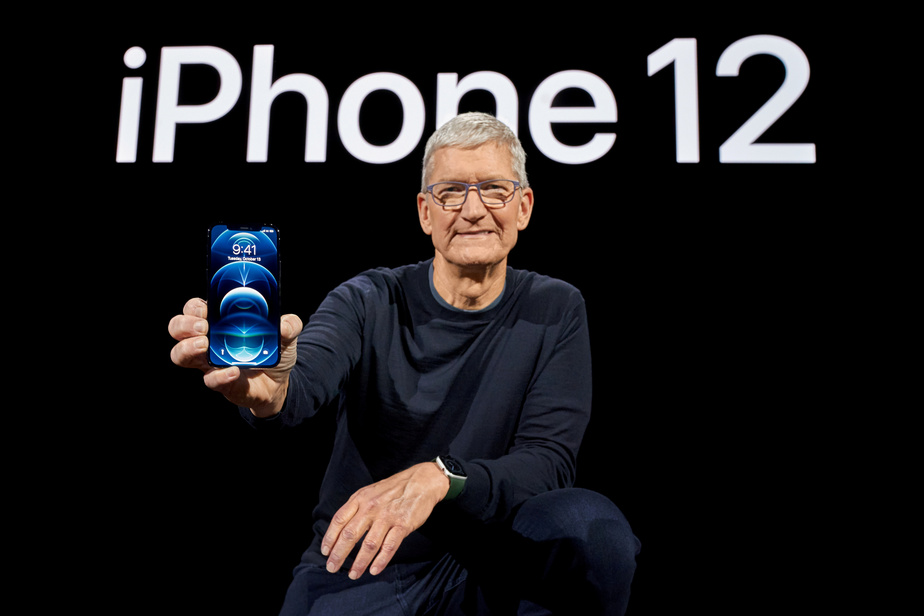 A year after its competitors, notably Samsung and Huawei, Apple unveiled its first 5G-compatible phones on Tuesday. Four phones, from the iPhone 12 mini for $ 669 to the iPhone 12 Pro Max starting at $ 1,549, can now connect to the technology touted by Apple CEO Tim Cook as “a new era” when it launched online.

The 5G promised by Apple can go up to 4 gigabits per second, "under ideal conditions," with unmatched latency and bandwidth.

Like all newcomers, the mid-sized model introduced on Tuesday, the iPhone 12, which will retail for $ 979 on October 23, has a new chip, the A14 Bionic. It uses a 5-nanometer processor, "a world first," says Apple, with 11.8 billion transistors and "50% faster" than its competitors.

For those who want a screen smaller than 6.1 inches, a reduced model has been announced, the iPhone 12 mini with a 5.4 inch screen. As has become the norm over the past two years, the most impressive capabilities are reserved for the top line, the iPhone 12 Pro and Pro Max. The latter has a 6.7-inch screen, the largest Apple has ever offered on a phone, and three rear-facing cameras: a very wide-angle and a 12-m-pock wide-angle lens and a telephoto zoom lens. optical x4.

During the presentation, great emphasis was placed on the unique ability of these phones to record and edit high-definition video, Dolby Vision HDR. Lidar technology introduced in the iPad Pro last year has also been used to enable better handling of virtual reality and low-light photography.

A new screen design for the phones, called Super Retina XDR, which offers 460 dpi resolution and 1200 nits brightness, has also been announced. A new method of making glass called Ceramic Shield is said to be six times more resistant to drops. The back of the iPhone 12 is now magnetic, a feature called MagSafe that allows you to easily stick chargers, covers, and car holders, among other things.

In a different way, we introduced the second generation of Apple's smart speaker, the HomePod Mini. This reduced model sells nearly three times cheaper than the original version, at $ 129, and features the Apple Watch series S5 chip.