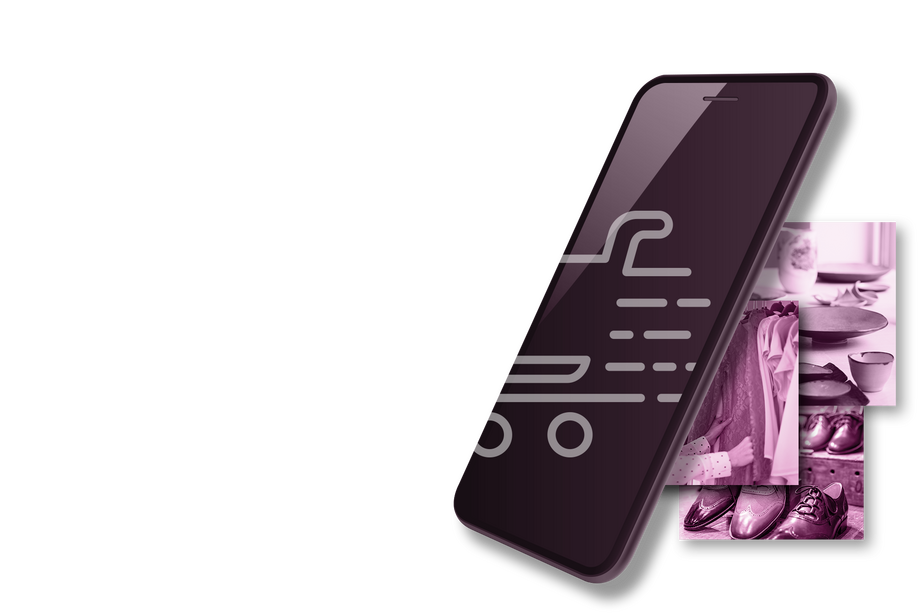 The company Les ImpARTfaites only offered visual arts classes in its charming studio on the second floor of a building on Fleury Street in Montreal until last March. The two owners never thought that a global situation would force them to change their business model.

There had been a very modest website for some time selling lessons to budding artists in the area. When everything was closed, Céline Grégoire and Anne-Marie Bouchard decided to use this site to sell masks. “There was a small boom, and it worked well”, says Céline Grégoire, “because there were no shops and pharmacies yet.

Enthusiastic and convinced that they had access to an unlimited market, the two artists began making and selling aprons, bags and brush cases. Céline Grégoire even signed up for a free training offered by the City of Montreal and the Quebec Retail Council (CQCD).

Céline Grégoire, left, and Anne-Marie Bouchard, two employees at their Les ImpARTfaites art studio, had to sell online because of the pandemic. They changed their business model by making masks, aprons and bags instead of offering art classes as usual.

It was mysterious to me how Google Ads works, SEO & # 39; s. I know you can't miss e-commerce, this is the future. But so far we've only had three sales. I have to find a way to find people who don't know us.

Les ImpARTfaites is one of thousands of Quebec SMEs that have begun trading in line with COVID-19. How many are there exactly? About 20,000 people have already made the leap, if we extrapolate the data from Quebec that the Canadian Federation of Independent Business (CFIB) compiled for La Presse. It is one of the few organizations that has collected recent data on this topic.

According to a survey of 1,518 SMEs in Quebec between May 22 and June 5, 8% said they had started selling online in response to the COVID-19 crisis; 7% also claimed to be "in the process of setting this up"; 11% said they wanted to implement this transaction method for the future.

According to the most recent data from Statistics Canada, there were 241,000 SMEs in Quebec in December 2017, or 99.8% of all businesses. Specifically, taking into account those who have done or plan to do so, COVID-19 could therefore have pushed more than 26% of them, or nearly 63,000 small and medium-sized businesses with less than 500 employees, to start with electronic trade.

The jump is huge. For years, we have estimated year after year at a meager 20% of the percentage of Quebec companies doing online business. In a few months this percentage would have more than doubled.

We also note that 46% of SMEs are very reluctant to sell online and believe that their "business model does not lend itself to it".

We could already see that there was an upward trend in online commerce, and that retail was hit hard. COVID-19 accelerated the situation and created consumer habits.

The trigger can be summed up in one word: containment. Last April, barely 12% of Quebec companies said they were "fully open," the CFIB said. In the catering industry, this percentage was 4% nationally. In retail this was 13%.

Shops and businesses closed, consumers locked up, the solution of e-commerce has clearly emerged, especially for retailers. According to a recent survey by Accenture, online purchases by casual online shoppers are up 170% since mid-March.

"You have to be where the consumer is," summarizes Manuel Champagne, general manager of Détail Quebec, an organization mandated by the Quebec government to produce sector portraits in this area.

Note that before COVID-19, retailers had a much greater presence online than the rest of the business owners. For example, 47% of them had an e-commerce platform in 2019, according to Détail Québec. The organization is currently working on updating this data, taking into account the pandemic.

The shopkeepers who made the switch to electronic commerce were able to weather the storm of this "terrible spring," a priori estimated Mr Champagne.

In April, we held discussion groups and companies told us: they have accelerated their go online, implemented or improved their platform during embedding, they have not stood by idly

Almost everyone who already had an electronic trading platform has seen it represent a growing portion of their income. "Small, medium or large, everyone was talking about growth," says the general manager. We went from 10 or 12% of sales to 30% or even 100% when everything was closed. »

According to the latest statistics published by CEFRIO in 2019, online purchases by Quebecers amounted to 12.45 billion, or 9.6% of retail sales. Merchants with a transaction platform estimate that 26% of their revenue came from online shopping.

Between recession and Amazon

However, the high demand has led to an overall increase or even a stabilization of sales? Is it even profitable?

Of course, other factors clouded the picture, including job losses and the general economic slowdown. In Quebec, final consumption expenditure of households declined by 7.3% in the first six months of 2020.

According to a CFIB survey conducted in early September, only 33% of Quebec SMEs currently earn their usual income; 8% even report a significantly higher income. It is not known which part of them attribute this good performance to e-commerce.

For those with less income, according to the CFIB, two main reasons stand out: there are fewer customers and they spend less.

Local purchases come to the rescue

In short, it is difficult to paint a clear picture of the profitability of e-commerce after six months of COVID-19, especially since its implementation and use are expensive. Those who opened an online platform during labor and found their store as of May now have to "manage two companies," notes Alain Dumas, general manager of the Blue Basket, a directory of 22,000 Quebec companies that currently leads consultations via video conference across Quebec.

Alain Dumas, Managing Director of the Blue Basket, a directory of 22,000 Quebec companies

Most told us it enabled them to get through, some had volumes of sales as important during containment as when they were established. But now that the management of two companies is complicated for them, they don't have enough resources.

Offer delivery costs and competitive prices, rely on returns, having an attractive platform and guaranteeing acceptable deadlines is clearly not within everyone's reach.

"Due to the nature of a small company, it is virtually impossible to fight on an equal footing with the web giants," said François Vincent of the CFIB. Hence the importance of popular support for their consumption choices, and of support from governments in this digital transformation.

This local call to buy was the idea behind the Blue Basket, and it seems to be paying off. According to a CROP survey conducted by the organization in early May, 44% of Quebecers reported that their consumption of local produce had increased "a little" or "a lot". Additionally, 51% of those familiar with Blue Basket report that this web platform has resulted in their local purchases increasing.

"Our goal is to channel and optimize the flow of local purchases, and it works well, it does the job we wanted to do when it launched April 5," said Alain Dumas.