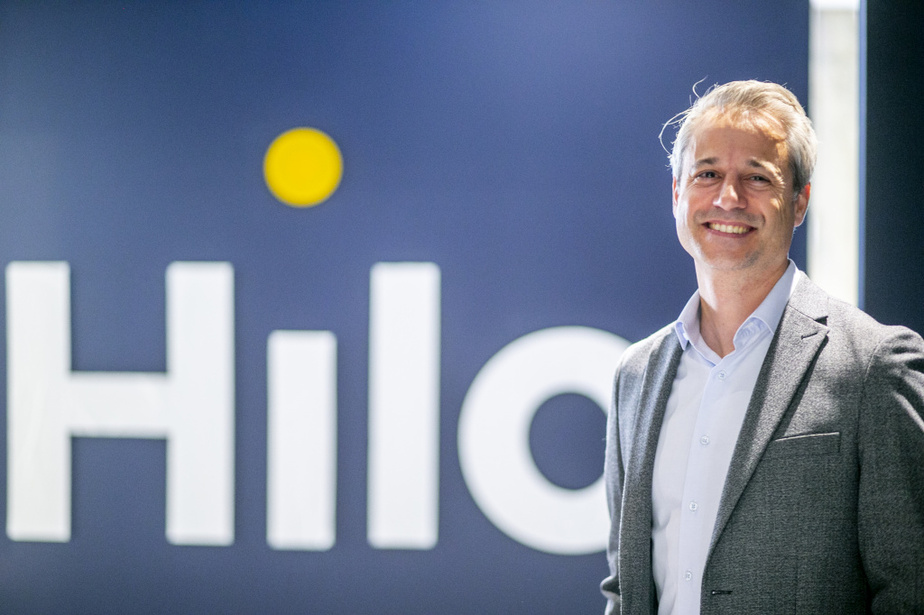 This coming winter comes with something new for Hydro-Québec customers. An increasing number of them will be able to track their consumption to save money on their bills and even get money back.

Hilo, the new Hydro-Quebec subsidiary, has ambition. Its chairman, Sébastien Fournier, estimates that several hundred thousand Hydro-Québec customers will use its smart solutions to manage their electricity consumption within five years.

"Technology is democratizing," he explains in an interview with La Presse. This is a market that will boom in the coming years.

Sébastien Fournier, formerly of 8D Technology who contributed to BIXI's success, was recruited by Hydro-Québec to develop the next major energy project in Quebec.

Hilo sees itself as somewhat of a start-up. "The idea is to have a more flexible ecosystem that will grow beyond the walls of Hydro-Québec," said the president.

To begin its first year of existence, Hilo is offering the first 3,500 customers who sign up for its services a discount on the cost of equipment, free installation and an additional $ 100 discount.

The Basic Installation consists of smart thermostats and a gateway that manages connected devices and reduces electricity consumption. More products can be added and Hilo's service offering is expected to grow over time.

The experiment conducted last winter with 1,000 testers of Hilo & # 39; s services indicates that their electricity bills have been reduced from an average of $ 90 to $ 100. Next winter, Hilo will also offer cash back rewards to customers who accept automatic reductions in their electricity usage during times of the utmost importance to the Hydro-Quebec network. They are "challenged" and those they meet will receive an amount of money that varies according to the number of kilowatt hours saved.

Smart thermostats and a gateway allow you to manage connected devices and reduce electricity consumption.

The offering is currently limited to residential customers in four Quebec cities, namely Montreal, Quebec, Trois-Rivières and Gatineau. An offer especially for business customers is in preparation.

Electricity consumers will quickly see the value of their investment in lowering their electricity bill. For Hilo and Hydro-Québec, the benefits are longer term.

"For Hydro-Quebec, much value can be found in a more detailed management of the electricity grid," explains Sébastien Fournier. For example, in cold weather, the contribution from Hilo's customers will reduce expensive purchases in neighboring markets. Restoring power after a failure should also be easier.

In the longer term, other products and services will be offered that will make Hilo profitable, says Sébastien Fournier.

The company will offer solar panels and energy storage facilities, electric vehicle charging solutions and the integration of these services at the customer's home. According to Sébastien Fournier, Hilo will meet the needs of three categories of consumers. There are those who want to lower their bills, there are those who are interested in technology and control their consumption, and there are those who see benefits to the environment in reducing energy consumption.

"It's a turnkey service," he sums up. Even when managing their energy consumption is within everyone's reach, few bother to do so, emphasizes Mr Fournier.

"Only 30% of those who have programmable thermostats take the trouble to program them," he explains.

The winter credit option ensures that the customer pays for electricity at the usual rate, but if he reduces his consumption during periods when the Hydro-Quebec network is heavy he will receive a credit upon request of $ 0.50 per kilowatt hour consumed less.

Dynamic pricing is the other way to manage electricity usage and lower your bill. This solution, first offered last year, has been tested by 20,000 Hydro-Québec customers. This year, a total of 60,000 volunteers will be called on to get through the cold winter.

This is not much as the Crown Corporation has 4 of them. million residential customers. "We are gradually moving forward as we want to refine customer support," said Cendrix Bouchard, spokesman for the state-owned company.

Eventually dynamic prices will be offered to all customers who heat with electricity, whether they are owners or tenants.

No equipment other than an email address is required to be notified when Hydro-Quebec wants to relieve the strain on its network.

These peak periods usually occur in the morning and evening, for periods of up to 7 hours per day and 100 hours during winter.

There are two options: winter credit and the Flex D rate.

The winter credit option ensures that the customer pays for electricity at the usual rate, but if he reduces his consumption during periods when the Hydro-Québec network is in high demand; it gets a credit of $ 0.50 per kilowatt-hour consumed less than its usual profile.

The other option, Rate Flex D, offers a reduced rate of 2 cents per kilowatt-hour during the winter, December 1 to March 31. However, during periods of extreme cold, consumption is more expensive at 50 cents per kilowatt hour, which reduces it. "We need to be more vigilant," said the Hydro spokesman.

The dynamic pricing and services offered by Hilo are complementary, explains Cendrix Bouchard, but they share the same goal of using electricity better.

It remains to be seen to what extent customers will adopt these new ways of working that were launched in the midst of the pandemic as consumer habits have changed.

"It can make it easier to be at home and have the option to wash before or after the peak period," he illustrates.