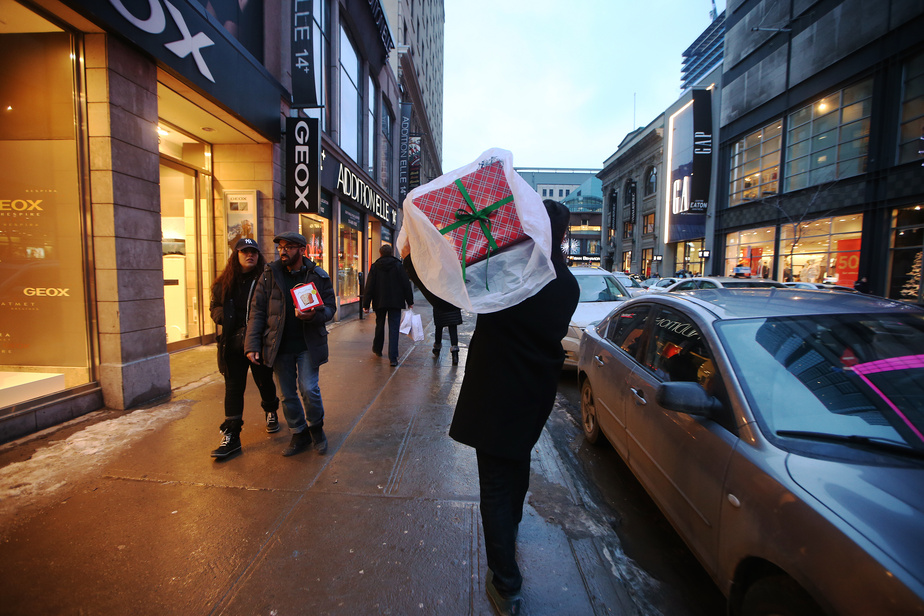 After a spring marked by forced closures and a summer of challenges, retailers are now afraid of the holidays. Canada Post not only admits that the number of parcels to be delivered could exceed capacity, but the cold, the possible absence of large family celebrations and economic uncertainty could slow consumer enthusiasm.

Are we going to buy as much clothes to celebrate Christmas and New Year as we have to stay home and party in front of a screen? Will we want to queue outside at -15 ° C to buy presents? Do the gifts have to be bought at the end of October to be received on time?

These are the types of questions that currently concern retailers.

But these are clearly not the only ones. The situation is so unusual that the Conseil québécois du commerce de commerce (CQCD) has set up a special Christmas shopping committee. About 15 retailers discuss the problems, look for solutions and coordinate their efforts, CQCD Director General Stéphane Drouin told La Presse.

"The holidays create a lot of uncertainty," he says. We sail on sight. It is very difficult for retailers to make decisions. The environment is changing. "

After the first committee meeting" everyone agreed that the traffic flow in shops should be smoothed. "An expression taken from Dr. Horacio Arruda that speaks volumes. Normally retailers work pretty hard to generate maximum traffic … every day!

But this year, spreading traffic over time will shorten queues outside in the cold. "If not properly laid out, consumers run the risk of returning home," warned Stéphane Drouin during a presentation at TAG, the CQCD's annual e-commerce event.

But how do you get there? One option now is to get the urge to shop for Christmas. Canadian Tire stores have already brought out the trees and lights. Indigo is promoting its advent calendars. Hudson & # 39; s Bay decided to launch its collection of Christmas clothing and decorations six weeks earlier, The Canadian Press recently reported.

And Canada Post delivered its catalog of gift ideas to our mailboxes this week. "It's never too early to save," read the cover page.

Because the curve must also be smoothed online to avoid network overload and significant delays in delivery, the state-owned company states. A reality that also applies to retailers who have to prepare orders according to hygiene rules.

To meet unprecedented demand, Canada Post has recruited more than 4,000 new employees and added 1,000 vehicles to its fleet.

Canada Post therefore invites consumers to "start shopping earlier to avoid disappointment," in a press release released Thursday morning. According to a poll in June, 48% of Canadians plan to spend mainly or exclusively online during the holidays.

To meet unprecedented demand, Canada Post recruited more than 4,000 new employees and added 1,000 vehicles to its fleet. Deliveries will also be made "to many locations" on weekends and the opening hours of some post offices will be extended.

Paradoxically, retailers wonder what the level of consumer spending is when talking about online and in-store traffic management, Stéphane Drouin reports.

Nearly 30% of Quebecers say their financial situation has worsened due to the pandemic, according to an Orama Marketing survey for the CQCD released yesterday. In addition to economic uncertainty, won't holding large family celebrations lead to a decrease in the number of gifts?

Retailers are also wondering what proportion of their sales will take place online or in stores, says Stéphane Drouin. “This is a big question mark for a trader who has to prepare his operations. "

" The holidays are a source of great uncertainty, says Quebec Retail Council (CQCD) Director General Stéphane Drouin. We sail on sight. It is very difficult for retailers to make decisions. The environment is changing. "

We would also like to have a crystal ball to know in advance to what extent consumers prefer to have their purchases picked up in the store or brought to the car. These services require additional store personnel. the store is preferred by 20% of Quebecers, all goods categories combined.

And looking further, until spring there are still gray clouds. Robert Hogue, senior economist at RBC, reminded visitors to TAG that it now is the time to pay taxes on the Canada Emergency Benefit (CEP). Since the money is not necessarily set aside, "it could put pressure on insolvency," he summarized.