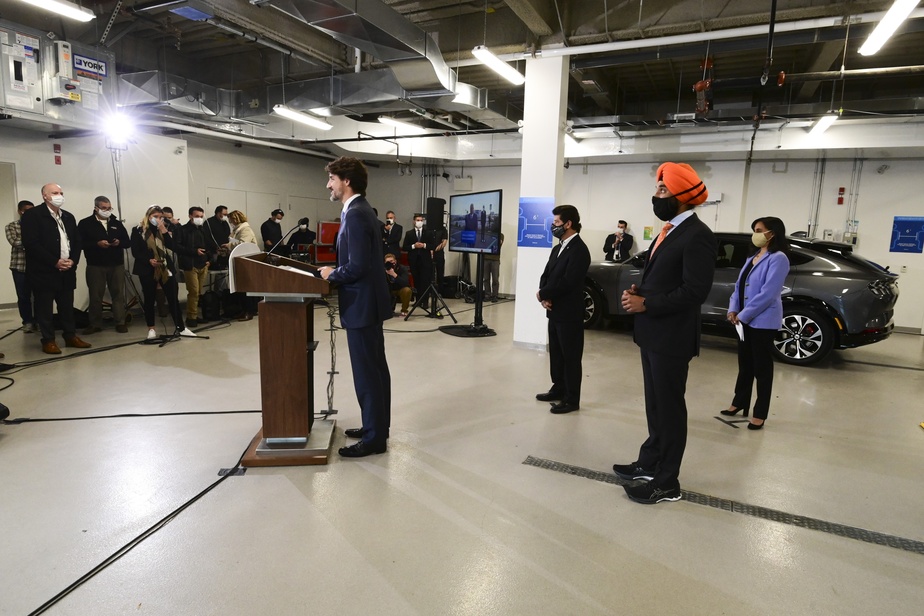 (Ottawa) The governments of Justin Trudeau and those of Ontario on Thursday announced an investment of $ 590 million in a project to make a Ford plant in this province "the largest" in America. North for the manufacture of electric vehicles.

Ottawa and Toronto will each invest $ 295 million in the US manufacturer's $ 1.8 billion project to transform its Oakville assembly plant, west of Toronto.

"There is growing demand for electric vehicles and Canada has the potential to become a leader in the production of batteries for these vehicles, electrification and clean energy, ”said Canadian Prime Minister Justin Trudeau at a press conference.

In addition, this investment will enable the Canadian automotive industry to achieve its goal of zero net greenhouse gas emissions by 2050, the company said. Mr. Trudeau clarifying that “the automotive sector and the environment both come from winners.”

The investment is expected to preserve 5,400 jobs at Ford Canada, including more than 3,000 in this plant, according to the US group claiming to be the number one automaker in Canada.

“Today's announcement represents Ontario's largest investment in the automotive industry in more than fifteen years. This is a historic moment, ”said Ontario Prime Minister Doug Ford. Oakville will be "the largest electric car manufacturing facility in North America," he said.

The announcement is a breath of fresh air for Ontario, where automakers Chrysler and General Motors announced nearly 4,000 layoffs in the past year.

According to Statistics Canada, 1.9 million new vehicles were registered in the country last year. Sales of electric vehicles, which account for about 2% of the total, are up nearly 40%.