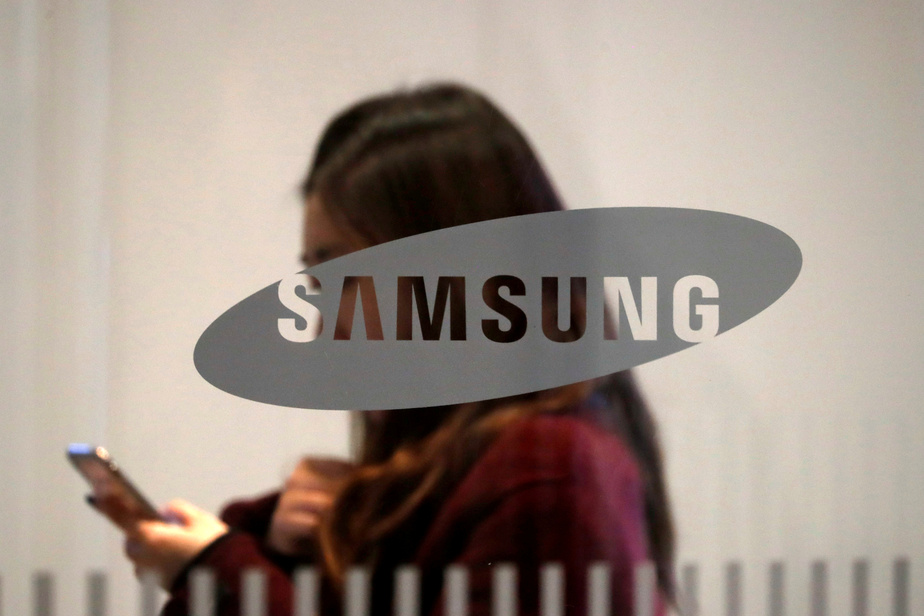 (Seoul) South Korean giant Samsung Electronics expects a nearly 60% increase in its operating profit in the third quarter, with its phone and chip sales taking full advantage of US sanctions against Chinese Huawei.

According to the group, operating profit is expected to reach 12.3 trillion won (9.03 billion euros) between July and September, compared to 7.8 trillion in the third quarter of 2019, a projection in line with the expectations of analysts.

This would be the South Korean giant's strongest quarterly performance in two years.

Samsung Electronics is the flagship of the Samsung Group, which is by far the largest of the South Korean conglomerates or "chaebols". The group's total sales alone weigh 20% of the GDP of South Korea, the 12th economy in the world.

James Kang, an analyst at Euromonitor International Korea, said these good quarterly forecasts were due to the August release of Samsung's last two high-end devices, the Galaxy Note 20 and the Galaxy Z Fold 2, and the solid performance of mid-range phones.

But the number one in the world for smartphones has also clearly benefited from the misery of its competitor Huawei.

The Chinese telecom giant must indeed deal with the ban imposed by Washington on supplying Huawei technologies of US origin, which have been in force for more than 18 months and which prevents the company from getting chips and capital software for the manufacture of smartphones and 5G equipment.

The US sanctions against Huawei are now "a major factor" and have a real impact on the smartphone market, estimates Kang Min-soo, analyst for Counterpoint Research.

"This is a good opportunity for Samsung to increase its market share in Europe, where competition with Huawei is strong in several market segments," he added.

For the South Korean giant, the US sanctions against Huawei were a double boon, as the Chinese group had to increase its semiconductor orders from Samsung before US restrictions took effect.

"Huawei had reservations about six months before the US ban took effect on September 15," MS Hwang, an expert at Samsung Securities, told Bloomberg.

“Huawei's purchases offset the weak demand for servers and cut back on reserves, which should also have an impact on prices.

Looking further, experts expect the price of chips, of which Samsung is the number one manufacturer, to decline, which should negatively impact fourth quarter performance.

The group is the world leader in memory cards and, in the Dr AM chips sector (used in smartphones and computer servers), had a market share of 43.5% in the second quarter, according to TrendForce.

The question of Dr. AM has increased due to the massive use of telecommuting and homeschooling in the context of the pandemic. But these products are now facing severe overproduction, with prices expected to fall between 13% and 18% in the last quarter, TrendForce said.

Another challenge that Samsung Electronics has been dragging along like a ball since 2017 is the legal fate of its vice president and de facto boss, Lee Jae-yong.

The group's heir is currently on trial over the massive corruption scandal that led to the impeachment and imprisonment of former South Korean President Park Geun-hye.

He appears free. But a possible conviction could deprive the group of its first decision-maker.

Samsung will publish its third quarter results later this month, along with a detailed analysis of its industry performance.