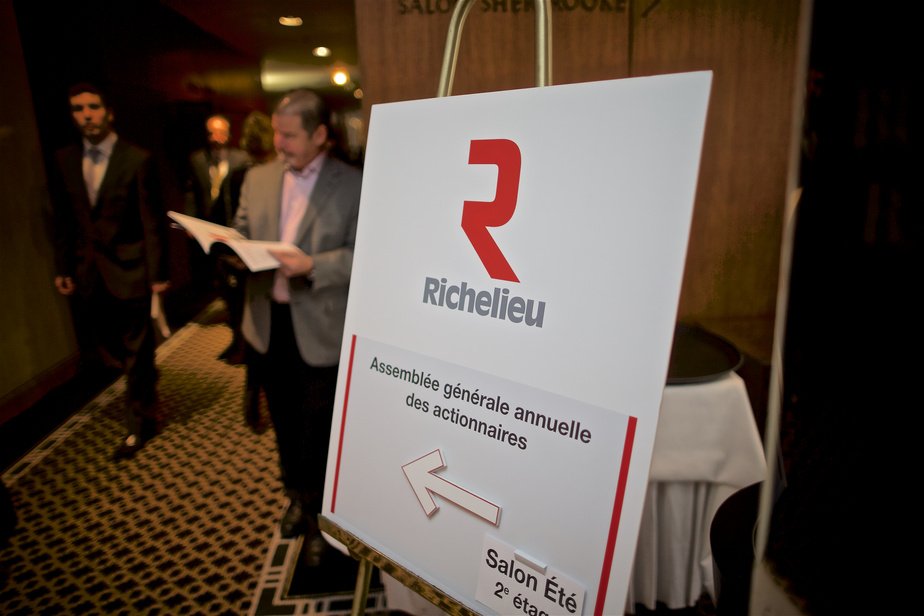 (Montreal) Quincaillerie Richelieu posted net profit of 56.6% for the third quarter on Thursday, supported by sales growth of 15.6%.

Revenues for the Montreal-based company increased by $ 42 million to $ 311.2 million, mainly due to acquisitions Richelieu has made since last year. The most recent quarter was also a day longer than the same period last year.

Sales in Canada increased 12.8% to 203 million in one year, while sales in the United States were up 19.3% to 80.6 million in the US. In Canadian dollars, US revenues were $ 108.2 million and represented 34.8% of consolidated sales in the third quarter, up from 33.2% a year earlier. Taking into account a negative difference of 7.9 million related to the conversion of the financial statements of the US subsidiary of Richelieu, the total result was 20.9 million, compared to that of 16.0 million for the same. last year, for which the negative difference was 2.4 million.

Richelieu President and CEO Richard Lord said in a statement that the company's performance in the most recent quarter was "very satisfactory, especially in terms of profitability and expansion."

In addition, Richelieu's board of directors approved the distribution of a quarterly dividend of 6.67 cents per share, which ordinary shareholders will receive on October 22nd on November 5th.

Company in this story: (TSX: RCH)