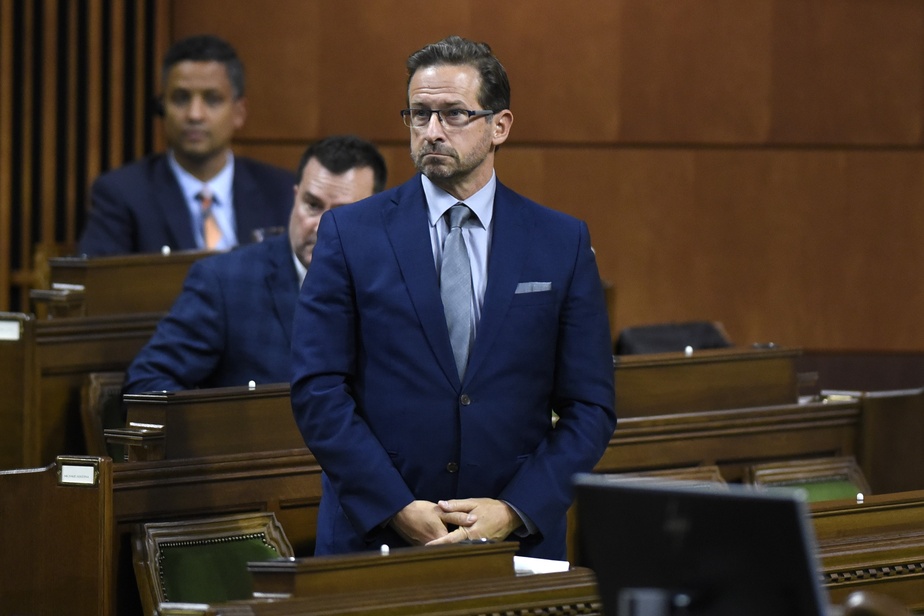 (Ottawa) The Trudeau administration pulls out the checkbook to help auto maker Ford transform an Oakville factory to build the country's first electric vehicles. While welcoming this green investment, the Bloc Québécois fears it will shift Quebec's expertise in transportation electrification to the benefit of Ontario.

Prime Minister Justin Trudeau and his Ontario counterpart Doug Ford confirmed on Thursday that Ottawa and Ontario will each invest $ 295 million to convert the auto giant's plant into zero-emission vehicles. . The Ford company alone plans to invest about $ 1.2 billion in this $ 1.8 billion project, which should help preserve 5,400 jobs.

"Companies like Ford are helping accelerate our transition to a low-carbon economy with clean growth," said Prime Minister Justin Trudeau, who made the announcement in Ottawa.

“Today's announcement represents the largest investment in Ontario's auto industry in more than fifteen years. This is a historic moment, ”said Doug Ford, who attended the press conference via video conference from Oakville. Enthusiastically, Ford went so far as to say that the Oakville plant will become "the largest electric vehicle plant in North America."

These investments are the largest in the auto industry in 15 years, Doug Ford said.

But the Québécois Bloc says it is concerned that this investment by the federal government is the prelude to an attempt to secretly transfer Quebec expertise to Ontario.

& # 39; That the Oakville factory has been converted is good news. I'm not concerned about the factory, but about the future of the cluster in Quebec, ”said Bloc Québécois leader Yves-François Blanchet in an interview with La Presse.

And it served as a warning to Justin Trudeau's liberals.

“I am warning the federal government. Quebecers are extremely proud of Quebec & # 39; s expertise in electricity in general and electric transportation in particular. A federal desire to get this out of their hands for the benefit of Ontario would come with a very high political bill, ”he said.

Mr. Blanchet argued that advanced industries have already been challenged by federal policy. He recalled that while Quebec has expertise in shipbuilding, the Davie shipyard was sidelined when Ottawa awarded billions of dollars in contracts to two shipyards, Irving Shipbuilding, in Halifax, and Seaspan ULC, in Vancouver, to build ships for the Canadian government.

He also pointed out that the Trudeau administration has still not adopted a national policy on aerospace, an industry largely concentrated in Quebec and hit hard by the pandemic.

“There is a cluster in Quebec and it certainly needs to be recognized by the federal government. The Trudeau administration needs to quickly reassure Quebec industry and Quebec's efforts in this sector, ”said Mr Blanchet.

"One of the dangers is that we tell companies," If you come to Ontario, you will have more government funding than in Quebec or if you open a new factory in Ontario instead of "open in Quebec , we will support you & # 39; There are many ways to get businesses into a particular industry, but the federal government should not put itself in the position where it will again favor Ontario over Quebec with expertise that is primarily a Quebec expertise is, like aeronautics or shipbuilding. ”Added the block leader.

Mr. Blanchet cited the examples of La Compagnie Électrique Lion, which produces 100% electric trucks and buses, the AddÉnergie company, which produces charging stations and develops network management software for all markets, and Girardin, which builds, among other things, electric school buses.

In the M. Blanchet constituency, in Boleil, the company Ambulance Demers, which controls a large percentage of the Canadian market and part of the American market in ambulance construction, develops the first fully electric ambulance. in consultation with the Lion Electric Company.

“There is Quebec expertise that must be recognized. Just because it's a sector of the future doesn't mean we have to send it back to Ontario by telling Quebec you have an equalization check, let us strip you of your expertise and your sectors. of the future. "

" In addition, Quebec is by far the jurisdiction in Canada where the number of electric vehicles per capita is highest. It's a hallmark of electricity in general, & # 39; he said.