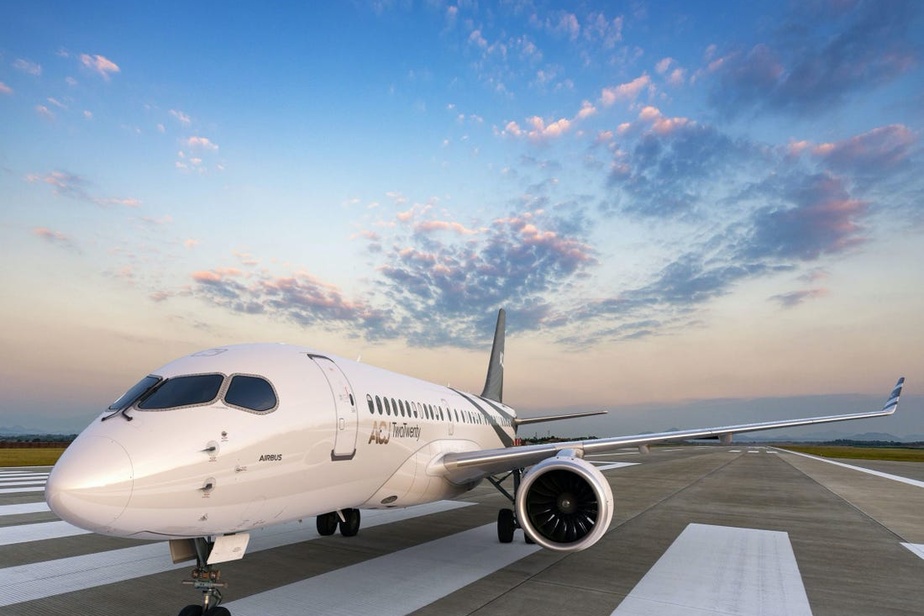 Airbus's decision to launch a "business jet" version of the A220, recovered from Bombardier, raised fears that the Quebec company was supplying a competitor to its Global 7500 on a silver platter, on which a major part of its destiny. It is not so.

Economy and Innovation Minister Pierre Fitzgibbon had to answer a barrage of questions on Wednesday morning about this new version of the old C-series, called TwoTwenty. Two dailies pointed out respectively the possibility of competing with the Global 7500 and the fact that Bombardier had in fact not been selected to manufacture the interior.

Experts in the aviation market unanimously agree. Admittedly, at first glance, the two planes appear to be competitive as they are announced to carry 18 (TwoTwenty) and 19 (Global 7500) passengers. However, the comparison ends there.

"I imagine a few customers could look at both, but it really won't be common," said Richard Aboulafia of the Teal Group.

It is more of a complement than a competitor.

Only a few governments and very, very wealthy individuals prefer planes that have been converted into corporate jets.

The verdict has already been rendered by the buyers. The business version of the A319neo, an aircraft similar in size to the A220, has been ordered in five units so far. Bombardier does not place orders for the Global 7500 audience, but planned to deliver 40 by 2020 and at least as many by 2021, before COVID-19 hits. They have all been sold.

MM. Aboulafia and Vincent actually come to the same conclusion, word for word, without consulting each other: “Bombardier will not lose sleep over this. "

However, this is not a completely uninteresting market for Airbus. According to Aboulafia, airliners can make up to three or four times more profit when converted into corporate jets.

" Airlines are fierce negotiators. has no negotiating position. »

The first aircraft will be built in Mirabel. The others – six are currently on order – could be in Mirabel or Alabama, depending on assembly line availability. "Good news," said Fitzgibbon, as orders could quickly disappear due to the pandemic and lead to layoffs Any buildable device is welcome.

Sure, Bombardier has centers in Pointe-Claire and Dorval dedicated to the fabrication and installation of interiors for its corporate jets, respectively, including the Global 7500, but the Quebec company declines to say whether it had TwoTwenty's interiors there. can make.

"There are too many hypothetical scenarios," a spokesman said yesterday, confirming that Bombardier "was not part of the discussions."

Because volumes are minimal and customer base is specific, each aircraft converted into a corporate jet is a project in itself, the experts explain.

Nothing is impossible, but Bombardier's business model is not designed for these types of operations. In fact, there would be a very real problem: the A220 is too big to follow the normal production line in its hangars.

Given the small number of aircraft involved, it seems unlikely that the operation could have justified the necessary efforts at Bombardier, where resources are concentrated on improving the production speed of the Global 7500.

The chosen supplier, Comlux , already works with Airbus for all of its other converted models, Fitzgibbon said. He knows this market and is also the buyer of the first two copies.