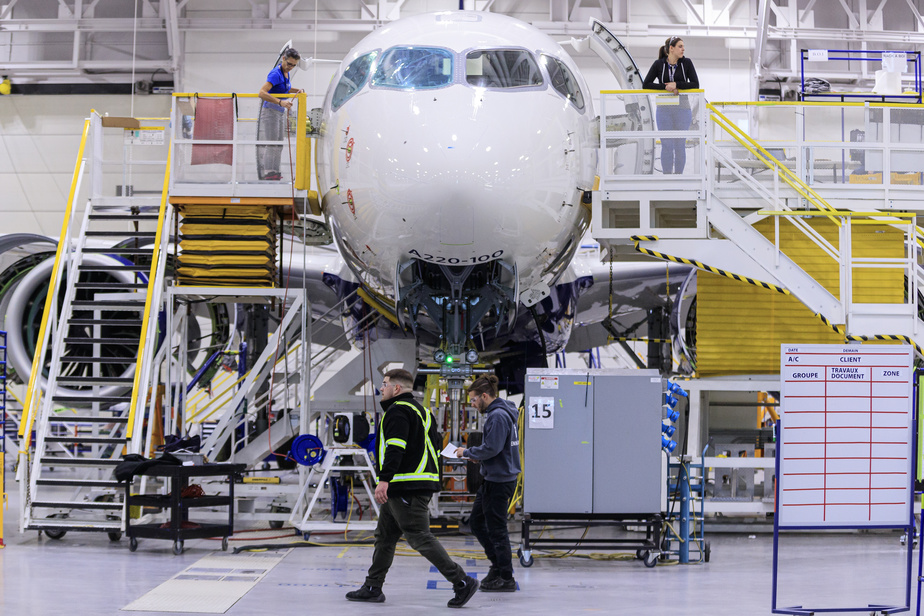 Concerned about jobs at the Airbus factory in Mirabel, Economy Minister Pierre Fitzgibbon welcomes the addition of a deluxe version of the A220 – the former C Bombardier series – although interior finishing of the aircraft will be done in the United States .

The day after the European aircraft manufacturer's announcement, the minister argued on Wednesday that this was "good news" as it meant that new aircraft would be assembled in the Laurentians, although the number is unlikely to be significant.

As the health crisis continues to paralyze the commercial aviation industry around the world, jobs at the Mirabel plant are "at risk," said Mr. Fitzgibbon at a press conference at the General Assembly. national, adding that he would meet with the board of directors of the limited partnership.

The first two aircraft named "TwoTwenty", intended for wealthy customers, will be assembled at the Airbus factory in Quebec before flying to Indianapolis where Comlux will do the interior finishing. This Swiss company, which will serve as launching customer, will furnish the booths of the first 15 units sold.

Four other aircraft were also ordered by a customer whose identity was not disclosed. The Airbus site in Mobile, Alabama, is also expected to mount the deluxe version of the A220.

Airbus's decision to go to a US location to do the interior finishing disappointed some in the Quebec aviation industry, who would have preferred the aircraft manufacturer to entrust this work to a factory with a storefront. in Quebec.