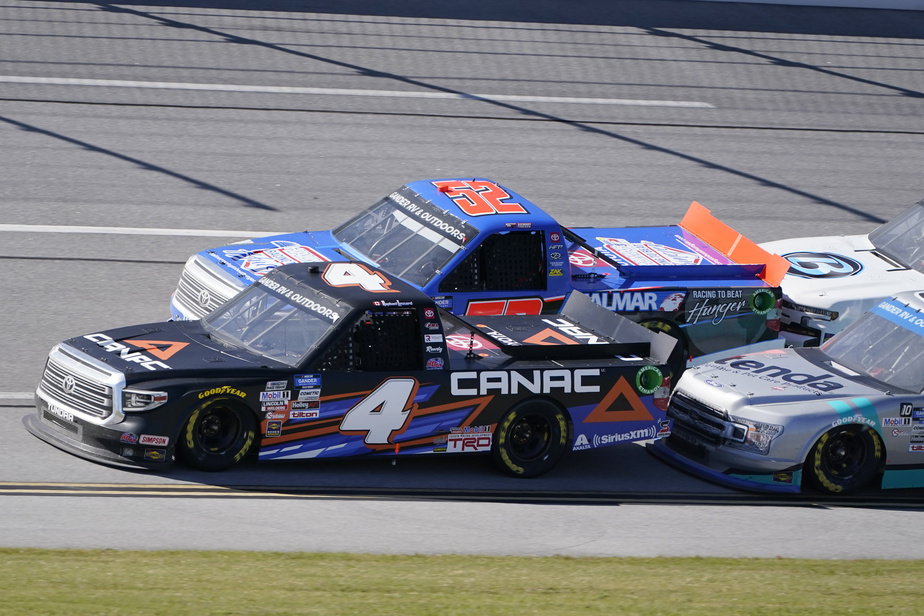 In theory, Quebec hardware store Canac hit the jackpot this weekend. The young driver he sponsors in the NASCAR series, Raphaël Lessard, won at the prestigious Talladega super oval and brought the Canac logo to screens across America. This is less clear in practice.

In recent hours, Canac's name has probably been spoken more often in Alabama and on the airwaves of the American television network FOX than on the island of Montreal.

Canac, located in Quebec City, has 31 stores, all in Quebec. Of the lot, the greater Montreal area barely has two, off the island. The commercial value of NASCAR sponsorship and North American visibility is not clear.

"You got it all, it's not clear," admits Canac, vice president of marketing, Patrick Delisle.

This is not really rational sponsorship, it is sponsorship of passion. We told ourselves we could help a little guy from Quebec with real talent.

Barely 19 years old, Lessard is in his freshman year on the big NASCAR circuit. It evolves within the pick-up truck range, the third-largest echelon of the circuit.

According to his agent, Alan Labrosse, he has been benefiting for several years from the financial backing of discrete investors in the region, who have set up a limited partnership that could eventually bring them a share of the pilot's revenues if he reached the highest level.

But more was needed to make the leap to NASCAR. These investors, friends with Canac President and CEO Jean Laberge, met him with Mr. Labrosse in Florida last February. The young driver had just finished his first race where, without achieving any results, he could show his potential.

A stroke of luck

The sponsorship agreement allows Canac to maintain the title sponsor position for five races this season. Fortunately, Talladega was one of them last Saturday, where Lessard took his first victory. Canac's name and logo therefore occupy the best spots on the driver's car and suit, in addition to the uniforms of his team members.

"We are very committed to the fact that it is broadcast on RDS and that there are enthusiasts among our customers," he said, but we should not see in this sponsorship the intention of Canac to launch in the United States, or even throughout Canada.

When he refuses to specify the value of the contract, Mr. Delisle speaks of "significant amounts".

“It goes beyond reason.

According to Mr. Labrosse, there are normally three ways in which a sponsor like Canac can benefit from his investment: forging new business relationships, in particular by inviting customers to the races, the name of which is known throughout North America. seen. North and sells some or all of the space to which it is entitled to another company.

COVID-19 has dropped the first option. & # 39; Even I can't go there, with the border and all, & # 39; notes Mr. Labrosse. The second is of limited importance to Canac. As for the third, Canac took advantage once this season by sharing space with one of its suppliers, Richelieu. This has a sales network in the United States. However, this is a minor point, Labrosse agrees.

"In each of the five races we try to bring it up on our channels, and we felt, both on social networks and in stores, that there are indeed enthusiasts among our customers," said Delisle.

“We go year at a time. If he makes it to the big league, it won't be for Canac anymore. We're not here to be in NASCAR, we're here so Raphael can fly. "