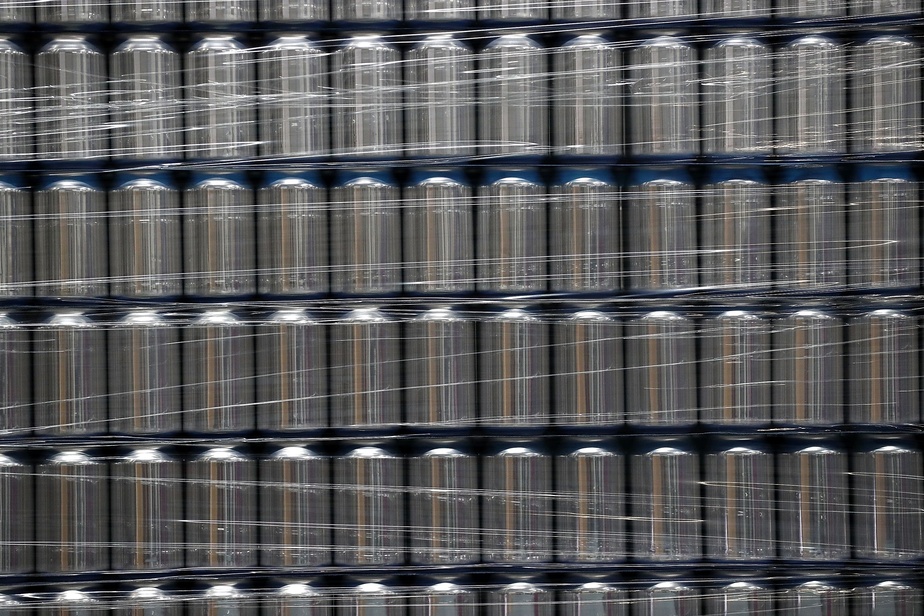 The world's largest brewer will use green aluminum, of which Quebec is a major producer, to distribute one of its most popular beers in North America.

AB InBev, which brews Budweiser, Stella, Michelob and Labatt beers, has partnered with Rio Tinto to market their products in a new all-aluminum, low-carbon can.

Rio Tinto already has similar agreements with Nespresso and Apple, but this is the first time that the aluminum certified as low-carbon has won the beer and can industries.

"This is a real first," said Alf Barrios, CEO of Rio Tinto Aluminum, in an interview with La Presse. This is good news for Rio Tinto and for the aluminum smelters in Quebec, but also for the planet, he says.

"It is not just a question of CO2 reduction, but of the sustainability of the entire aluminum production process, says the manager, it is the start of something new."

The deal calls on AB InBev to use green aluminum to market the first million cans of its Michelob EXTRA brand in North America. The pilot project could be expanded to other brands and other markets.

AB InBev and Rio Tinto also plan to work with container manufacturers to set a new standard for aluminum cans and to establish the traceability of the metal used.

Elysis, the new carbon-free aluminum production technology, on which Rio Tinto and Alcoa, two producers based in Quebec, are working, will be involved in this partnership.

Anheuser-Busch InBev, or AB InBev, is the beer giant created from multiple acquisitions, including that of the largest brewery in the United States, Anheuser-Busch, in 2008. The company, which is headquartered in Belgium, markets 650 beers in 150 countries. Its revenues in 2019 were more than $ 50 billion.

In North America, the brewer already markets its products in cans made from 70% recycled aluminum. The agreement with Rio Tinto allows it to further reduce emissions from its packaging.

"We will create a model that companies can use to work with their suppliers to make innovative and significant changes to our environment," said Ingrid De Ryck, Vice President Procurement. for North America at AB InBev.

Rio Tinto was the first manufacturer to market certified low carbon aluminum under the RenewAl brand. This production comes mainly from the Quebec factories and the aluminum smelter in British Columbia, which are powered by hydroelectricity.

Green aluminum is increasingly sought after in the market. The Elysis joint venture, formed by Rio Tinto and Alcoa and in which Apple has invested, has developed electrolysis technology with zero greenhouse gas emissions. Apple received its first shipments of green aluminum last year to be used in the manufacture of its computers and iPhones.