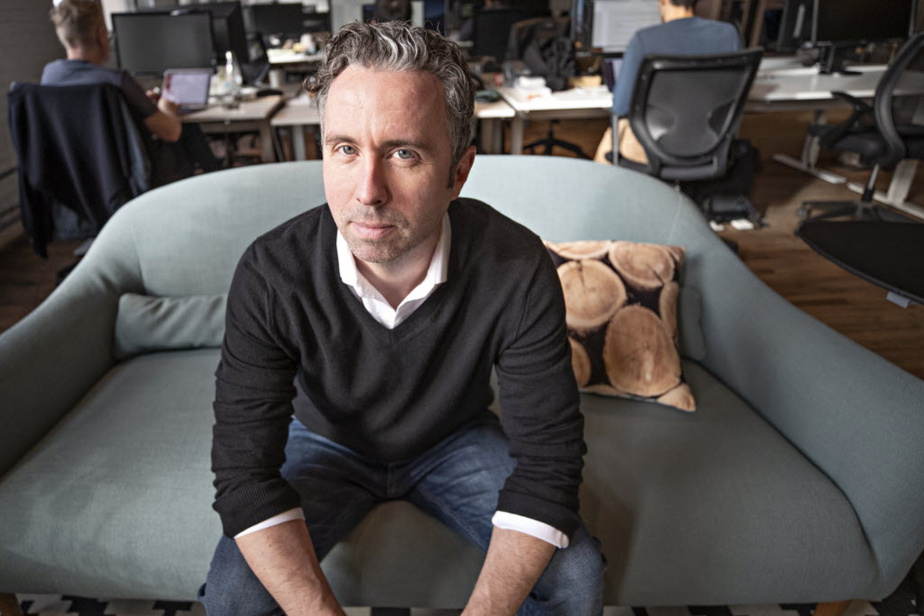 At the beginning of the year, techno company Hopper had the wind in its sails. With a value of $ 1 billion, the company, which developed an app that 50 million users downloaded to book the cheapest airline tickets, had just recorded a growth of 375%. Despite the collapse of air transport, Hopper still expects 100% revenue growth in 2020. "Because we've made choices that allow us to last," says CEO Frédéric Lalonde.

In 2019, 90% of Hopper's transactions involved booking airline tickets and 10% booking hotel rooms. How have you rethought yourself dealing with the collapse of the aviation market?

Yes, it is true that in April the international market collapsed. It was a shock, but the domestic aviation market in the United States has recovered quite a bit and is now running at 45-50% of its pre-pandemic capacity, but our market share has increased from 1 to 1.5% to 5-6% today in the US market.

We had an explosive first quarter with 600% growth in our transactions. When the market fell in April, we faced layoffs and reduced our costs, but most of all, we spread our revenues by focusing on new financial protection products for our customers that helped us achieve better margins.

Today, more than 75% of our income no longer comes from the sale of airline tickets, but from new products that we have pushed.

So you have developed insurance products that protect travelers in certain situations?

These are not insurance products as such, but financial protection products. We have become a bit of a fintech [entreprise de technologie financière] offering different types of protection solutions for travelers, solutions that are very useful in this time of uncertainty and uncertainty.

International travel is still rare, but those who have to travel can be guaranteed to get interconnected even if they miss their flight. Instead of waiting a day for a new flight, they are guaranteed a seat with another airline within an hour.

Did these new products exist before the pandemic or did you develop them recently in response to the crisis?

We launched our financial protection products in 2018, but already, in the first quarter of 2020, before the pandemic, they accounted for 60% of our revenues because they generate much higher commission margins.

In April, when air traffic dropped to zero, they accounted for more than 90% of our income. Today it is 75%.

If revenue from new products has become significant, is it because revenue related to airline ticket reservations has fallen so dramatically?

Yes, the number of airline tickets reservations has fallen sharply, but protection products have increased as the pandemic has caused uncertainty in the market. The number of flight cancellations is on the rise, as is the risk of illness. Our customers want to guard against uncertainty.

Do you have the financial capacity to insure the risk you take to guarantee reimbursement for a missed flight or interconnection?

We had enough money before the pandemic hit, and we managed to complete a new funding of 70 million in early April, at the height of the crisis.

Our main shareholders, such as the Caisse de dépôt and OMERS, took part in it, but BDC and Investissement Québec aggressively returned to this latter financing.

It was not published at the time because it was not the right time. There were just layoffs and many companies were looking for capital.

We had already planned this new round of funding, but it was revised down due to the crisis. We could have gotten double, but we still feel privileged to get what we got.

In 2019 you made more than 1 billion bookings for airline tickets. Will you never be able to achieve such a performance in 2020?

No, it is completely impossible. In the first quarter, before the pandemic, we lined up to complete more than 2 billion reservation transactions.

Despite the diversification of our business, we will have less than 1 billion transactions, but we will increase our revenues compared to 2019 as we achieve much higher margins per transaction.

The margins on a seat reservation are much smaller than a flight cancellation protection product, which can fetch up to $ 10.

You hoped to eventually complete an IPO, as Nuvei has just spectacularly done. Will the pandemic and aviation industry conditions delay this possibility until much later?

I am not a "fan" of hasty public offers. I believe in discipline and the ability to hit the market at the right time, as Shopify has admirably done.

We have Quebec and Canadian shareholders who are patient and willing to support us in our development. Becoming a publicly traded company and failing to meet market expectations can quickly become problematic.

Despite the crisis, we believe that from 2021 we will become profitable or operate without loss. Every month we increase our own income and as soon as the international borders open again, things will accelerate. We are not in a hurry, we have money for the coming years, we are continuing our development and growth.