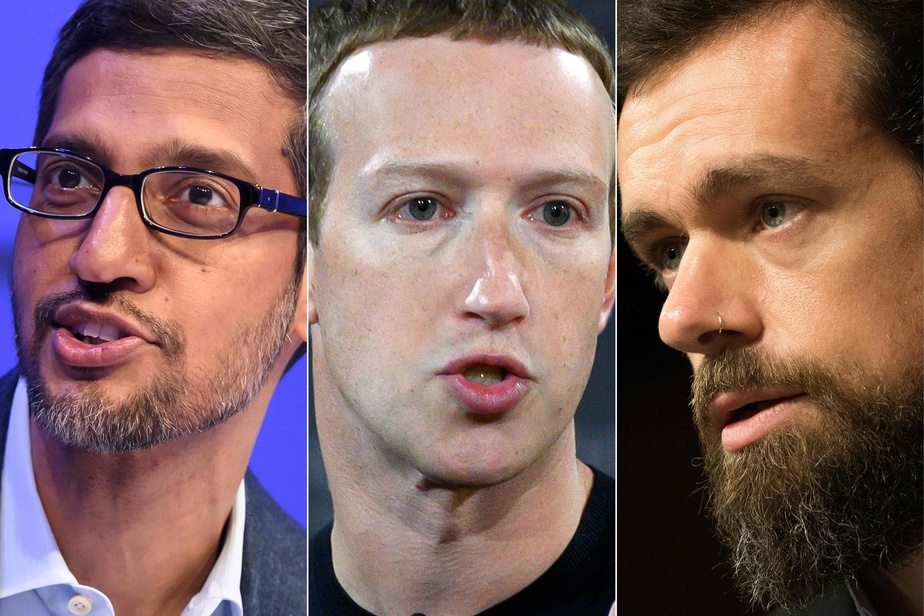 (Washington) A committee of the United States Senate has unanimously decided to call up the bosses of Facebook, Google and Twitter to answer their questions about disinformation, data, online fraud and other topics related to internet platforms, on a regular basis accused by authorities of not fighting enough against various digital and real evils.

"We have invited these leaders, but I regret that they have again refused to answer publicly questions about issues that are so present and urgent for the American people," said Republican Senator Roger Wicker, president of the United States . Commission.

The three California companies all have social networks (YouTube for Google). Together with Amazon and Apple, they are the subject of several federal and US state-level investigations, notably accusing them of not moderating problematic content (false propaganda, hate speech, pedophilia, etc.) and of anti-competitive practices.

"We're studying how they protect and preserve the data of millions of Americans, how they combat disinformation and other scams, and we wonder if they keep children and teens safe on the Internet." Mr. Wicker said.

The committee also wants to understand "how they remove content that encourages extremism and violence" and look at the use of secret algorithms that can manipulate users and lead to compulsive use on the Internet, especially among young people ”.

In late July, GAFA bosses (Google, Apple, Facebook, Amazon) were interrogated for hours and read by a committee of the House of Representatives.

The Elected Democrats accused them of crushing their competitors and democracy, while the Republicans felt censored by social media despite their presence and their millions of admirers on these platforms.

Members of both parties are calling for reform of section 230 of the "Communications Decency Act", which is considered by some to be the cornerstone of freedom of speech online, but too easy for platforms not to assume their responsibilities by others .

It was introduced in 1996 and protects online services from potential legal problems caused by content posted by other people or companies.