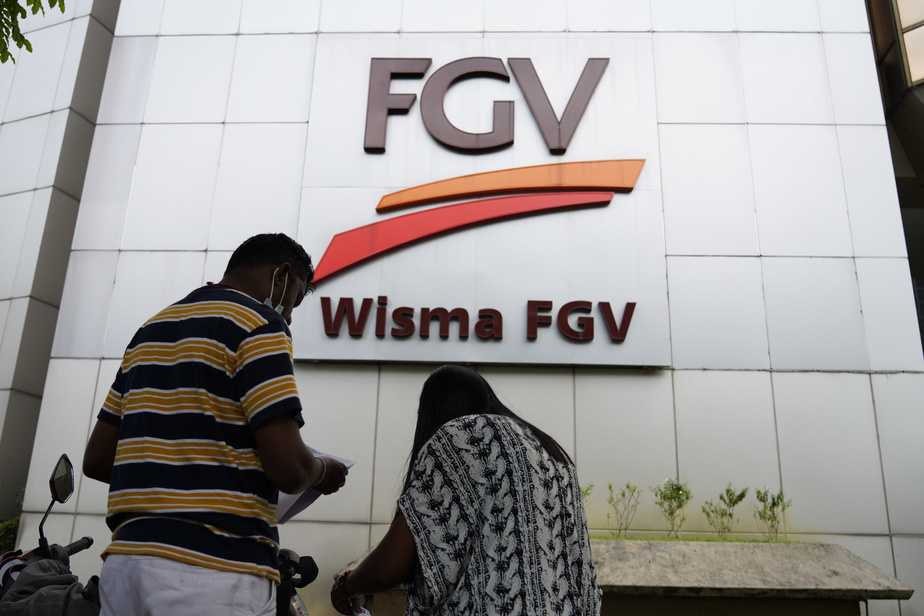 (Washington) The United States this week banned palm oil imports from Malaysian giant FGV Holdings, citing serious abuse of farm workers on its plantations, which the company contested on Thursday.

The US Customs and Border Protection (CBP) announced on Wednesday that the supplier's imports were being banned after an investigation revealed that agricultural workers were victims of physical and sexual violence, of harassment, sometimes not receiving pay. Cases of child labor have also been mentioned.

The ruling, which took effect Wednesday, closes the door on shipments of palm oil and palm oil products to the United States by industry heavyweight FGV and its subsidiaries.

The investigation was initiated by a complaint from an NGO coalition against FGV.

The group said it was "disappointed" with the ban and said it has "taken concrete steps" in recent years to improve working conditions on its farms.

"FGV does not tolerate any violation of human rights or criminal acts in its activities," he stressed in a statement.

The group claimed to have improved the procedures for recruiting often migrant workers and to have invested in their housing. Palm oil is used in the manufacture of many consumer goods, from cosmetics to food products. Malaysia is the world's second largest producer of this oilseed, after neighboring Southeast Asia, Indonesia, where the two countries together produce about 85% of the world's palm oil.

But the cultivation of oil palms has been strongly criticized by NGOs who denounce their role in the destruction of the tropical forest and the abuse of agricultural workers on these farms.

Malaysian farms often employ low-wage workers from Indonesia, India or Bangladesh, but migrants often have to pay high fees and incur debt to get a job, NGOs say.

One of the NGOs that filed a complaint against FGV, SumOfUs, praised this measure as "a clear reminder that no company, no matter how big and powerful, can put itself above the law."

The US Customs and Border Protection (CBP) is increasingly taking action against imports which it suspects are made using forced labor.

Last month, it blocked Chinese goods in the Xinjiang region, some from a center calling it a "concentration camp" for Uyghurs and other Muslim minorities.