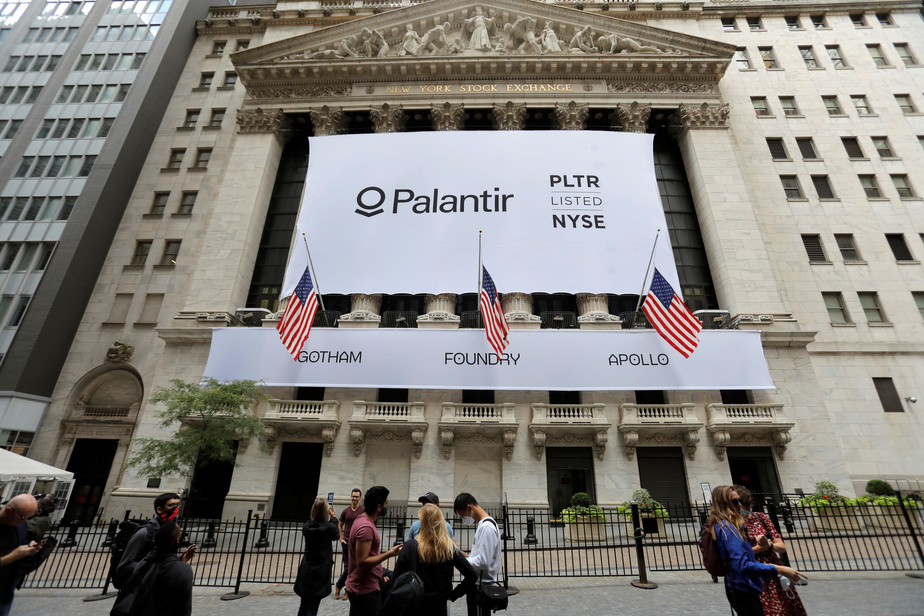 Under the symbol PLTR, the stock began trading at around 1:40 pm ET at $ 10, well above the indicative price of $ 7.25 given by the New York Stock Exchange (NYSE) Tuesday night. It continued to rise, rising to $ 11.42 around 6:30 PM GMT. Founded in 2003 with CIA money, Palantir began creating software for US intelligence operations' counter-terrorism operations. For example, the company is said to have helped the US military locate Osama bin Laden.

Subsequently, it expanded its business services and now cooperates with the aircraft manufacturer Airbus, the oil company BP and the bank Credit Suisse. In the first half of the year, it served a total of 125 customers.

Palantir, which takes its name from a legendary stone in the fantasy epic The Lord of the Rings, has chosen to go public via a direct listing: it is not raising fresh money, but shareholders already present in the capital – founders, employees and historical investors – can sell their interests in the market.

The Palantir Stone, as seen in The Lord of the Rings film series, directed by Peter Jackson

Pandemic forces, the group's arrival on the NYSE floor, south of Manhattan , was not marked by a big party, but his banner hung on the facade of the building and his name will be put forward at the end of the meeting.

It is the third major company to choose direct listing on Wall Street, after Slack in 2019 and Spotify in 2018.

Palantir has remained very discreet about its activities so far, the company does not disclose nor how it data and process the corresponding algorithms.

This voluntary discretion has drawn criticism.

The platform is particularly used in the controversial practice of "predictive public order management", which is supposed to help authorities make decisions about deployment, detect medical insurance fraud or fight corona pandemic.

Palantir is also a major contributor to the increase in the use of algorithms in public security, which some have accused of reinforcing discrimination.

Seventeen years after its founding, the company has yet to make money: it lost $ 580 million on $ 743 million sales last year.

But the future looks bright, as both public and private organizations will need more and more tools to manage and analyze their data, Palantir assures us. The group expects turnover growth for this year from 41% to 43%.

"We have reached a threshold where our company has become very important and we believe the IPO will help us grow together with our customers," said CEO and co-founder Alex Karp in an interview on CNBC.

The largest shareholder is Peter Thiel, a controversial figure in the tech industry who was an early investor in Facebook and backed Donald Trump in 2016.

The company does not publicly have complex partnerships with law enforcement officials, but regularly defends itself by pointing out that it does not collect or own data, but operates on existing databases of its customers.

His board is also elected.

The way in which voting rights were distributed, for example, is rather "confusing," said Richard Windsor, an analyst specializing in new technologies, author of the Radio Free Mobile blog on Wednesday.

It "greatly benefits the founders," he argues, to the detriment of investors "who risk paying the economic price for bad decisions over which they have no say."