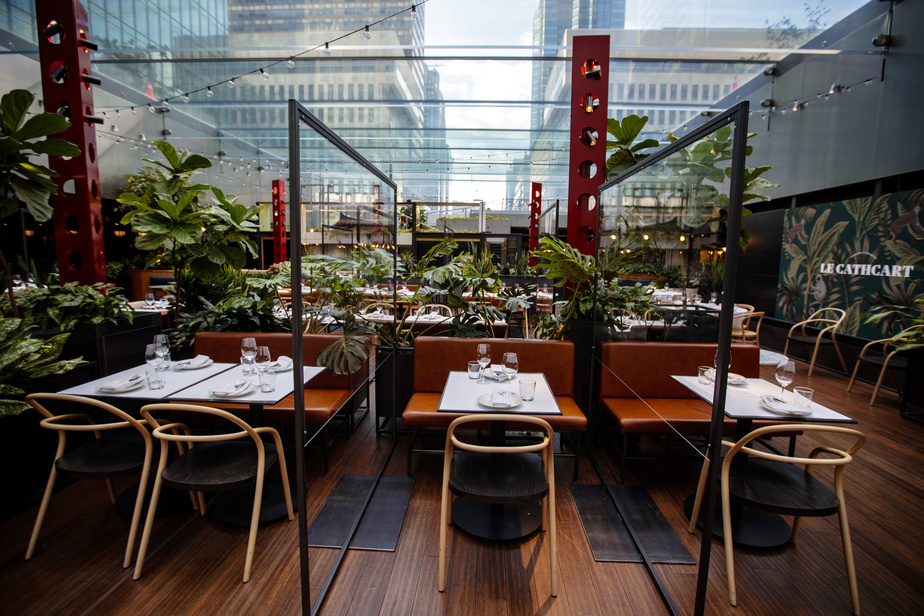 After announcing the closure of bars and dining rooms for four weeks, Quebec needs to quickly set up programs to help businesses that will be affected, their representatives said.

"Our SMEs have gone to great lengths during the economic reopening, in particular by investing large sums to create a safe environment for employees and customers," said François Vincent, vice president of Quebec for the Federation. Canadian Independent Business (CFIB). In this context they will have to close their doors again for a period of 28 days. It is demoralizing and troubling for many entrepreneurs affected by these new restrictions. »

"SMEs are the economic heart of Quebec," says Vincent. Today, the government must adjust its support so that businesses affected by economic constraints can see light at the end of a tunnel that is beginning to last. "

Same story with the Federation of Chambers of Commerce of Quebec (FCCQ), where we urge the Legault government to specify what compensation will be paid to the sectors affected by Monday night's announcements.

PHOTO PROVIDED BY THE FCCQ

Charles Milliard, CEO of the Confederation of Chambers of Commerce of Quebec

"More than ever, immediate help is needed to prevent the permanent closure of as many businesses as possible," says Charles Milliard , President and CEO of the FCCQ. While we understand the importance of these measures, it is unfortunate that we have to go back to these areas. Companies have already suffered quite a bit in recent months.

The Metropolitan Montreal Chamber of Commerce (CCMM) is also concerned about the "devastating" impact of the new measures on affected businesses. “We ask the Minister of Economy and Innovation, Pierre Fitzgibbon, to consider doing away with all of their public fixed costs, grant them a refundable tax credit on their property taxes and ensure they have immediate access to the assistance program for rental, without needing support from the owners, ”said Michel Leblanc, President and CEO of the CCMM.

Michel Leblanc, President and CEO of the CCMM

His organization is also asking Quebec to better communicate information about this second wave, in particular through the places affected by outbreaks. "We need to know where the infections are occurring and how safe the workplace is," Leblanc said. we get from the field indicate that employers and employees in Quebec and in Greater Montreal are behaving in an exemplary way. the better they will be able to understand the reasons behind the decisions being made today.

It should be noted that several groups of professionals who could have seen limited access to their practice have been spared, at least for now. Dentists and others will no longer have to close their practices like last spring. "This is excellent news, Quebeckers will be able to continue to receive care," said Dr. Philippe Martineau, Vice President of Quebec's Federation of Specialty Dentists. It should be noted that as far as I am aware, no outbreak has been documented in the dental clinic. People can go there with peace of mind. "

"Relieved", retailers don't want to be the next to close their doors to the public. And they know they have power over their destiny. “They need to improve their sanitation measures so that they don't close. Be white as snow. Some have let it go, that's for sure, ”said Marc Fortin, President of the Retail Council of Canada (RCC).

This is also the message that Stéphane Drouin, director general of the Conseil québécois du commerce de commerce (CQCD), sends to its members. While the decision not to close stores "recognizes in a sense the way retailers have generally worked to comply with sanitary regulations", nothing should be taken for granted. "We must continue to act responsibly and make an effort to distance ourselves. […] We're heading for the holiday season, so if we want the stores to be open, let's be responsible," emphasizes Mr. Drouin.

The CCCD is also pleased that restaurants can still deliver or sell their dishes for takeout. Fortin said that these meals cooked out of the house put "less pressure on the supermarkets," which are already dealing with customers stocking up. Imaginaire's toy and game stores, Benoit Doyon, approaches the new measures with philosophy. “I'm glad they are doing something now, before things get more serious and the restrictions get worse. […] The people who make these difficult decisions are doing it for society, ”he argues, thinking about companies that have to close down temporarily.