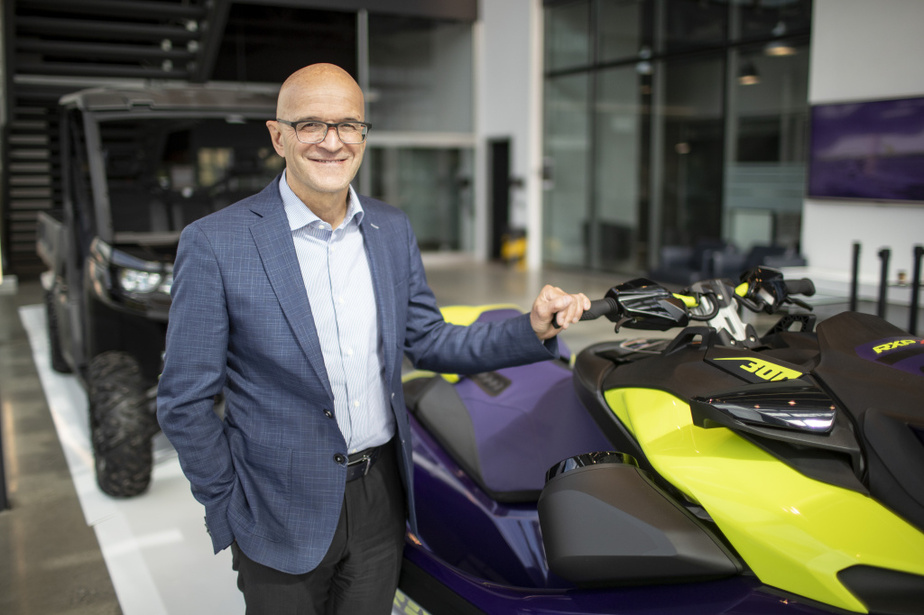 (Valcourt) While the second wave of the coronavirus epidemic returns to make life more difficult for many, this is not quite the case for recreational vehicle manufacturer BRP. "There are companies that have fallen on the wrong side of COVID, we have fallen on the right side," summarizes the CEO José Boisjoli without triumph, whose company is out of stock for all of its products while having factories in five countries running on 110% of their production capacity.

Q. You saw a significant 40% increase in sales of your products in your second quarter, which ended July 31, when the world was hit by an unprecedented health crisis. How do you explain such enthusiasm for recreational vehicles during this pandemic period?

R. We were surprised by the numbers, but when we look at the situation of three major industries, those of air transport, cruises and theme parks, we see that the 320 billion revenues they generated in 2019 will not exceed 120 billion in 2020.

We therefore benefited from some of the 200 billion available resources that were reinvested in expenditure on renovations, the purchase of swimming pools and recreational vehicles.

Many off-road vehicles are produced, and these are products that fit perfectly with the physical distances and home vacation guidelines prescribed by the government.

We surveyed 1,500 consumers who bought our products between May and July, and 77% of them were new BRP customers. Our challenge now is to transform these new converts into permanent practitioners.

Q. You still had to cease all your production activities during the two months of mandatory incarceration in April and May. It must have affected your stocks?

R. Yes, these two months were difficult as all dealers selling our products were also closed. That's why we had a bad first trimester. We had to shut down operations at our 12 factories in Canada, the United States, Mexico and Austria and temporarily lay off our 13,500 employees.

As sales soared, ATVs and side-by-side vehicles quickly ran out of stock, and in July sales of watercraft exploded.

The cessation of production in our factories and strong summer sales caused our dealers' inventories to drop by 51% and our own stocks by 40%. We are working on the reconstruction there.

Q. Has the production of three-wheel motorcycles and snowmobiles at your factory in Valcourt been revised upwards?

R. Sales of our Can-Am motorcycles were impacted by the closing of driving schools until June, people couldn't buy them. But since July, with the addition of our new entry-level Ryker model, we've seen a 100% increase in our tricycle sales.

We started producing snowmobiles in May and we normally finish it in early December. Even though we have stocks from 2020, as the public aisles were closed on March 15, we increased production speed by adding one day a week and one hour of production to each of the two shifts.

Instead of being ready in early December, we're going to build snowmobiles at full capacity until the end of December and maybe extend them for the first two weeks of next January.

Since the outbreak of the pandemic in March, we have had to do no less than 100 production scenarios. We will not stop adapting.

R. Yes, we called everyone back. Twenty years ago, BRP had 3,000 employees in Quebec, which is the same number today. Except we have less workers in the factory, namely 1,100 permanent workers and more than 500 additional workers for snowmobile manufacturing. But our engineering department alone employs 750 people in Valcourt.

Q. We said this summer that everything that goes on the water has been sold, so many people wanted to enjoy their vacation in Quebec. However, this summer you announced the end of Evinrude marine engine production. Why ?

R. It's a long story, but the market for these engines continued to shrink. These are replacement engines for existing boats. We had to save, so we stopped manufacturing Evinrude engines.

Instead, we decided to create a new engine family and build on the three boat building companies we had acquired over the past two years. We will manufacture small aluminum fishing boats and pontoons at our plants in the United States and Australia.

Q. Your stock price, which went from a high of $ 75 in February to $ 18 in April, has fallen to nearly $ 70 today. Are investors unaware of the turnaround you've made?

R. Absolutely, people realized that we are a privileged industry in the context of a dramatic event like COVID-19. We are closing the year with slightly lower revenues than last year, but with profitability that will vary between – 5% and + 3%.

Before the pandemic, our sales had increased dramatically, as had our dealers. There we fill new customers that we will have to keep with our different products for the next three years.

Q. Do you plan to offer vehicles that will be powered by electric motors in the near future?

R. Since last year, we have been actively developing our own electrical engineering platform that will be used for all of our products. A joint development team has been set up in Valcourt and Austria that is expected to come up with a compact electric motor within three to five years. We have to develop it ourselves to have a reasonably priced solution for our customers.