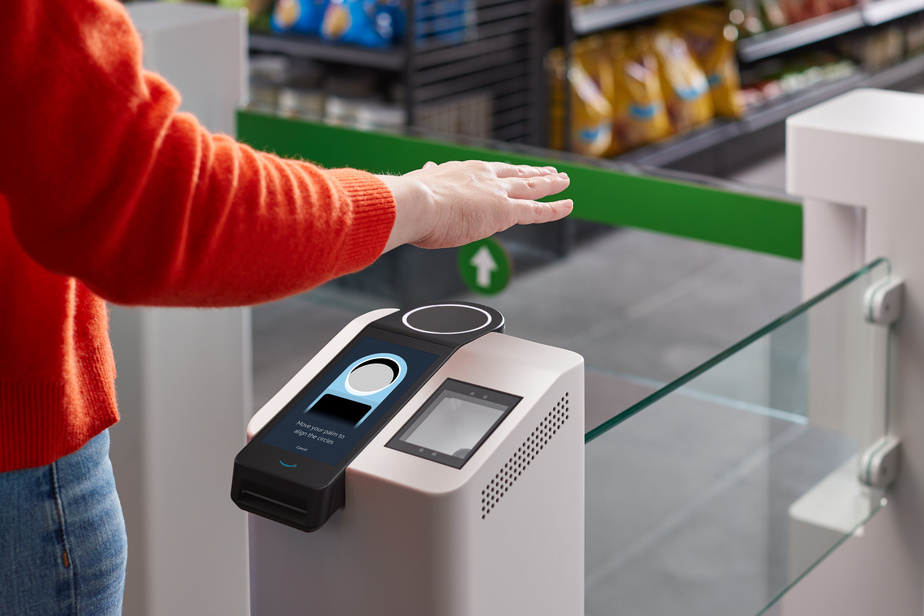 (New York) Palm Instead of Credit Card: Amazon unveiled contactless biometric technology on Tuesday that allows customers to pay in-store with a snap.

This service, called Amazon One, will initially be deployed in two of the Amazon Go supermarkets in Seattle, the company's headquarters.

Jeff Bezos's group plans to add the technology to its other supermarkets in the United States (Chicago, San Francisco, and New York, among other Seattle outlets) and sell it to third-party stores.

"In most commercial spaces, Amazon One could become an alternative payment method or a loyalty card option with a device at checkout in addition to the traditional payment system," explains Dilip Kumar in a blog post, vice president of retail and technology at Amazon.

Described by Amazon as "fast, reliable, and secure," the technology uses custom algorithms based on an image of the hand to create a "unique palm signature."

"We take data security and privacy seriously and all sensitive data is treated in accordance with our long-standing policy, Amazon assures us.

The e-commerce giant particularly emphasizes the fact that the palms images are not stored on Amazon One devices, but encrypted and sent to secure spaces in the "cloud" (remote computing).