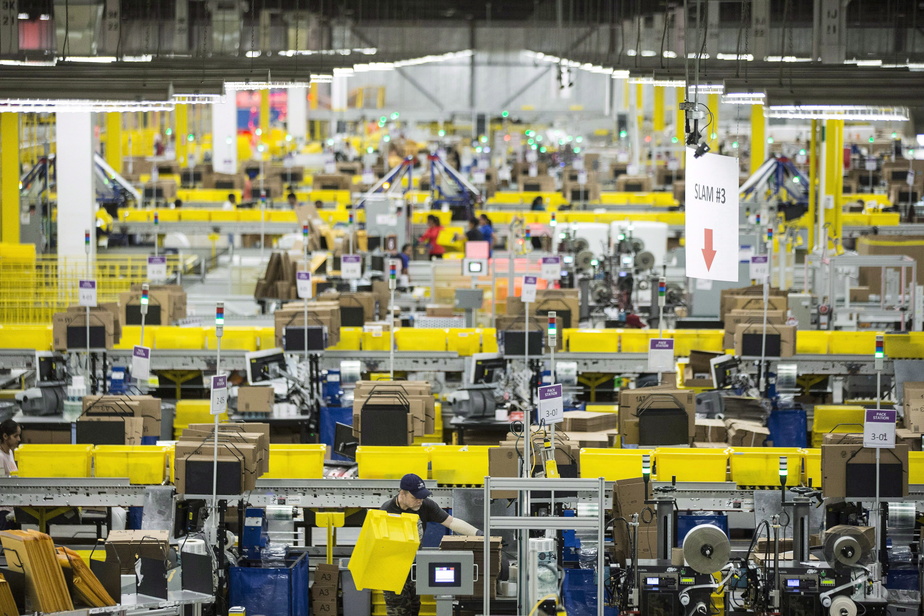 (Washington) An NGO released a report Tuesday accusing Amazon of hiding the magnitude of work-related accidents in its US warehouses, but the e-commerce giant replied that the organization had misinterpreted the numbers it had access to .

"In 2019, Amazon warehouses counted 14,000 serious injuries – those needing days off or accommodation at work," says an article in Reveal, Center for Investigative Reporting, which says internal reports from 150 group warehouses.

"The average rate of 7.7 serious injuries per 100 employees was 33% higher than in 2016, and almost double the industry standard."

"The reporter is misinterpreting the data," responded a spokesman. "The reality is that there is no such thing as an industry or federally sanctioned & # 39; rate of serious incidents & # 39 ;."

The group mainly disputes the use of the counting of days off as a measure of the severity of incidents.

“Our & # 39; percentage of days off or arranged or transferred days & # 39; in fact shows our support for our employees, as it is about encouraging them not to work until they are better no matter what. or the type of injury, such as a minor strain or sprain, ”the spokesperson said.

The pandemic has made Amazon even more central to everyday life and the economy, with an increasing demand for daily home delivery.

The company says it has created more than 175,000 jobs since March.

It is regularly accused by NGOs of inadequate protection of the health and safety of its employees, despite significant investments, particularly to mechanize and automate many tasks in its warehouses.