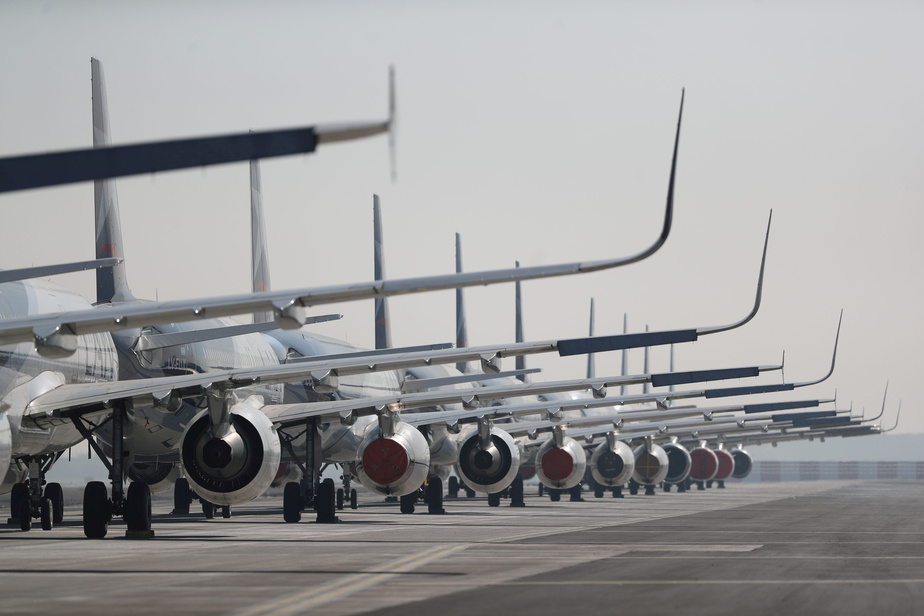 (Paris) Airlines have lowered their traffic forecast for 2020, estimated at -66%, from -63% earlier compared to 2019, after a "disastrous" month of August and a resumption of traffic. less traffic than expected, their organization, IATA, said Tuesday.

The summer season was worse than expected with "extremely low" demand in August and traffic (measured in revenue per paying passenger, RPK) 75.3% lower than the same month last year, according to the International Air Transport Association (IATA) representing 290 airlines, in the belief that this situation illustrates a "weaker restart" than expected.

The recovery is better in the domestic markets than on the international routes, which the organization said were badly hit by the resurgence of the coronavirus in August.

"International demand is non-existent and, in fact, domestic markets in Australia (-91.5%, editor's note) and Japan (-68.6%, editor's note) are declining in the face of a renewed recovery (from COVID-19) and movement restrictions, "said Alexandre de Juniac, IATA Director General, referring to a" disastrous month of August ".

Only Russia has entered its domestic market recovered to last year's levels in August, even registering a 3.8% increase in traffic thanks to a policy of "low prices" and a population vacationing in the country, according to IATA.

Mr The Juniac again called for the deployment of "an international COVID-19 pre-departure test policy to give governments confidence to reopen borders and passengers" to get back on board.

"For lack of assistance governments and the reopening of borders will destroy hundreds of thousands of jobs wines, ”he said, adding that the companies cannot count on this year. Financial "cushion" usually created during the good summer times in the Northern Hemisphere that allow for weaker autumn and winter months.

IATA estimates that global air traffic will not return to pre-crisis levels by 2024 and estimates the loss of global revenues by 2020 at $ 419 billion for the industry, one of the most affected sectors. due to the pandemic that grounded almost the entire world fleet at the height of the crisis.