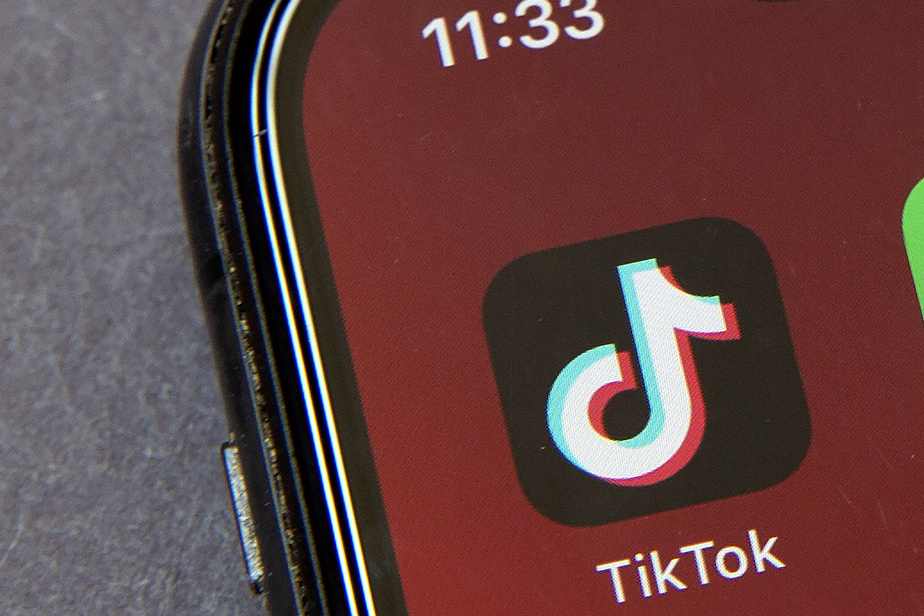 (Washington) "This app has given me a voice and people are listening to me. I never thought it was possible," says Rebecca Fisher-Tringale, a dedicated 'tiktoker', full confidence in the survival of her social network, despite the sword of Damocles hung over TikTok by Donald Trump.

Nicknamed @theprogressivepolicy ("left-wing politics"), she comments on the news several times a day in short videos, curating the US President about his handling of the pandemic or his migration policy.

In early August, the head of state signed an executive order to force the Chinese group ByteDance to sell the platform to a US company in the name of "national security" threats – he has long accused TikTok of espionage. on its users on behalf of Beijing, without evidence.

But Rebecca doesn't believe the app is gone and isn't too concerned, despite how important the platform has become in her life.

"I downloaded it in 2019, as a joke, for fun. I made videos about my dog. And then I did one about Trump and it exploded," she told AFP from her home. Boone, North Carolina.

Followed by more than 80,000 people, the 21-year-old hopes to bring "a different perspective" to young people of all backgrounds, who are often "not yet old enough to vote": "many mine. write to tell me that without me they would not have been interested in politics ”.

“Who was brought to America in bilge chains? Answer A: “Black Lives”, Answer B: “All Lives” ”she says in one of her most watched sequences, an ironic quiz that gives the opposite opinion of Americans who answer“ All lives matter ”to the slogan“ Black Lives Matter "(" Black Lives Matter "), sung in numerous protests against police brutality and systemic racism.

In June, she, like many other network users, took part in Donald Trump's campaign rally in Tulsa, Oklahoma … not to go. The rows of empty seats marked a humiliating moment in the Republican candidate's campaign and are a boon to young saboteurs.

An organized campaign on TikTok resulted in rows of empty seats at Donald Trump's meeting in Tulsa, Oklahoma on June 21.

"It pissed him off and I think [son obsession contre TikTok] is from there," she notes.

TikTok, globalized in 2018, is completely separate from the Chinese version, Douyin, intended for the Chinese market only. It now has 100 million monthly users in the United States, 50 million of them every day, according to company data.

It owes its astonishing success to its format – parodies, messages, or performances of 15 to 60 seconds, with special effects, on trendy music – and the algorithm that determines the content that most likely interests every user.

"They're going viral, better than Facebook or Instagram," notes Saadia Mirza, owner of a marketing agency in Houston, Texas. is what scares Donald Trump, he has no control over the platform. He doesn't understand how it works and that's why it scares him ”.

This thirty-something adopted TikTok at the start of the pandemic because she was bored. She soon understood its potential and began posting political videos, calling for votes or explaining public policy on popular sounds.

His motivation? “To see people younger or my age discussing and debating in the comments. I learn a lot.

After many diplomatic turns and despite negotiations with several companies, the network with approximately 700 million monthly users worldwide could disappear in the United States over time if the two governments and the companies involved don't. don't come to an agreement.

Most creators and influencers say they are ready to move to competing media.

But "I don't believe TikTok will disappear," assures Brittany Tilander, an actress and comedian from Kansas City, Missouri, present on the network because she can no longer perform on stage due to the health crisis.

Rebecca, Saadia and Brittany feel the White House tenant is brewing a lot of air, but trust other institutions to protect the platform where they feel most comfortable unleashing their freedom of expression.

Donald Trump attacks the app "to distract from real topics and to scare people," Bittany said.

"With everything going on, the pandemic, the California fires, unemployment, the anti-racism movement … TikTok should be pretty low on its priority list!"