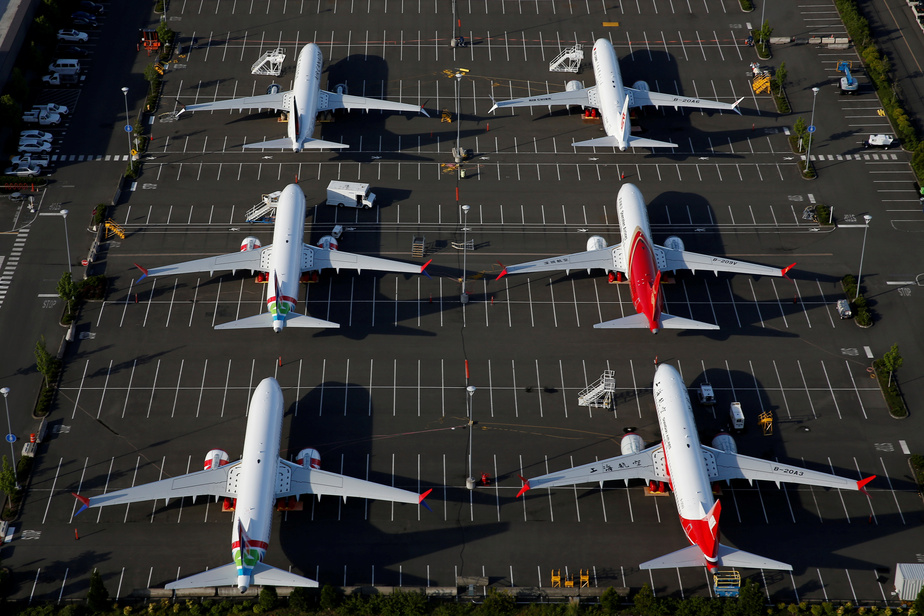 (Paris) European and US regulators on Friday issued positive signals about the upcoming return to the air of the Boeing 737 MAX, which could fly back to Europe "by the end of the year" after successfully passing several stages of recertification.

Grounded since March 2019 after two crashes in which 346 people were killed, the plane has to get the green light from various authorities around the world.

"For the first time in a year and a half I can say that we are seeing the end of work on the MAX and we are starting to explore how to get the MAX back into service by the end of the year," said Patrick Ky, head of the European Aviation Safety Agency (EASA) on Friday.

A series of certification flights were conducted in late June by the US aviation agency, the FAA, and more recently by Canadian and European authorities.

These flights "went well," Ky said at a remote press conference hosted by the Association of Professional Aviation and Space Journalists (AJPAE).

There are still several steps to be taken before the air authorities grant their approval, in particular with regard to pilot training.

However, the process is moving forward.

FAA Administrator Steve Dickson will travel to Seattle next week to complete the simulator training himself, recently reviewed by an Operations Review Committee of several civil aviation authorities. land (JOEB) near London.

Mr. Dickson will then board an evaluation flight where he will personally take command of a Boeing 737 MAX, normally on Sept. 30, the FAA said Friday.

Once the European authority gives the technical green light, probably "in November", the resumption of flights will depend "on each of the airlines, each of the states," Ky said Friday.

Certification of the 737 MAX in China, the first country to get it grounded in March 2019, will "certainly take a little longer," the regulator said, Mr. Ky, not being "still considering flight tests."

Meanwhile, the European stance is "very positive". for the 737 MAX as EASA "has a lot of credibility," says the specialist.

Its US counterpart, the FAA, has been strongly criticized for entrusting Boeing with certification of certain MAX key systems, including the MCAS anti-scale software, " and has yet to rebuild his reputation, "he notes.

For Michel Merluzeau, of Air Insight Research, Mr. Ky's statements in the particularly that EASA seems satisfied with the manufacturer's proposals on the changes to be made to the aircraft already delivered and leaving the factory, as well as to the "technical solutions from Boeing "in terms of AOA angles of attack.

During the two accidents, the MCAS software was not carried away until after receiving false information from one of these probes despite attempts by the pilots to deactivate it, indicating that the aircraft was in a storage facility. put the plane nose down.

At this point, Mr. Ky specified that Boeing would develop a third synthetic probe.

In the meantime, "simple operational protocols" have been introduced to enable pilots to "control the aircraft in the event that an angle of attack sensor does not provide the correct information".

According to EASA security analysis officers, "this interim procedure (is) more than adequate in terms of security," he added.

In a report published in mid-September, the US Congressional Transportation Committee regarded the fatal crashes of the 737 MAX as the "terrible result" of technical shortcomings, mismanagement on the part of Boeing. and a lack of oversight by the FAA.

A complaint from Boeing shareholders, consulted by AFP on Friday, also accuses board members, including current boss David Calhoun and predecessor Dennis Muilenburg, of not taking all necessary action. to avoid the 737 MAX crisis that has been weakening the aircraft manufacturer for over a year.