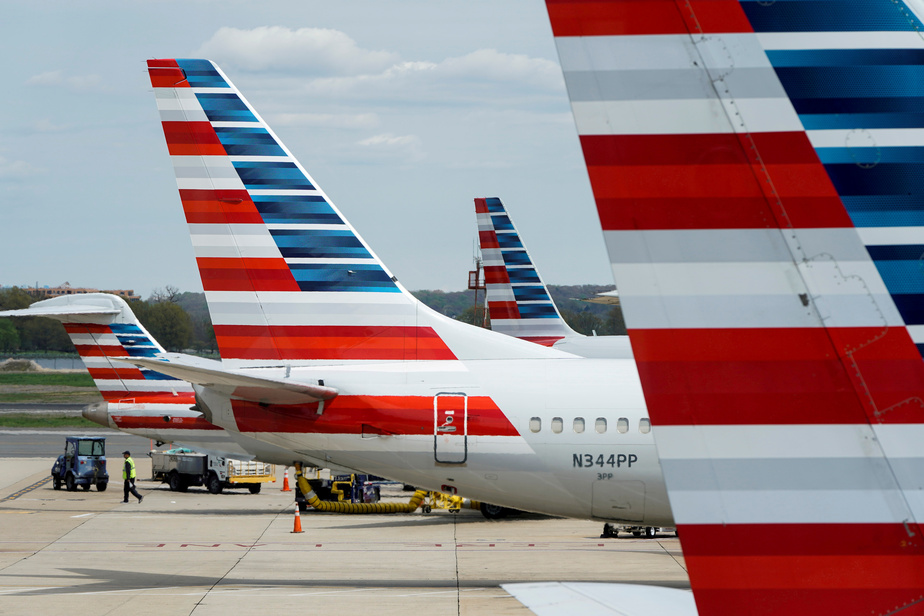 (New York) American Airlines finalized a $ 5.5 billion loan to the US government on Friday, days before a crucial deadline for airlines in the United States weakened by the pandemic.

The Donald Trump administration announced in early July that it had reached an agreement with major companies in the sector on the outlines of additional financial assistance.

The amount of the loan, as detailed Friday in a document sent to the financial markets authority, the SEC, ultimately exceeds the amount reported by American Airlines (4.75 billion US).

The company also points out that under certain conditions it could borrow up to $ 7.5 billion from the US Treasury.

The government has made a total of two $ 25 billion envelopes available to help airlines cope with the decline in traffic. One provides for loan repayments in exchange for compensation to the taxpayer. another gives subsidies in exchange for a pledge not to cut jobs until September 30.

The companies were reluctant to accept the loans for fear of having to make too many concessions.

Delta and Southwest rejected this government aid this summer.

The loan accepted by American Airlines does provide for the grant of "warrants" to the US Treasury, financial products that can be converted into shares. The state could thus become a minority shareholder of the company.

American Airlines has also committed not to pay dividends and to limit the compensation of certain executives to 12 months after the loan repayment.

The company, which also raised $ 1.2 billion from Goldman Sachs in July, warned in late August that it would lay off 19,000 workers by October if the subsidy program was not renewed.

Asked by AFP, she did not say on Friday whether the government loan stopped the project.

A spokesperson just sent a message to employees, assuring us that the loan will help "bolster its long-term liquidity until demand returns," and management continues. along with “fighting for extension” of subsidies.

When the airlines pledged not to fire until September 30, they believed the air traffic situation would have improved significantly by that date; this is far from the case.

The bosses of all the major organizations in the sector have been pleading for additional help in Washington for several weeks.

But the discussions in Congress are stalled for the time being.